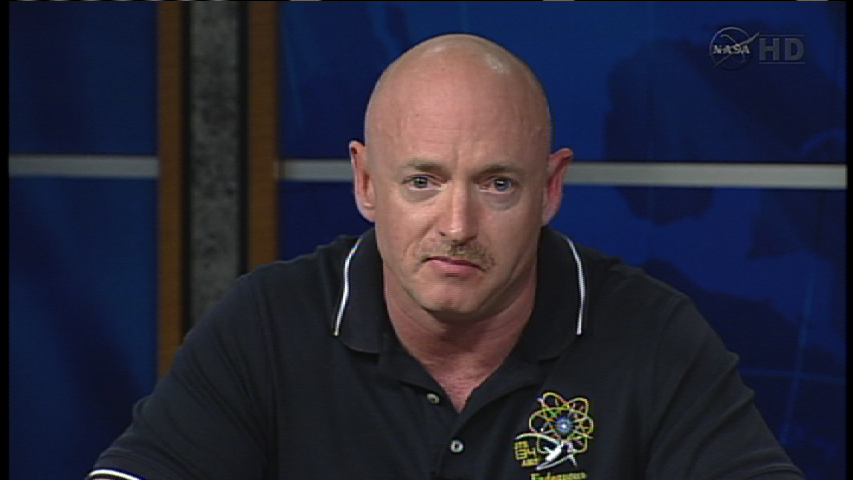 Kelly said his wife, who is recovering from a gunshot wound to the head, is doing "remarkably well."

"She's improving every day — and in the realm of brain injuries that is very significant and pretty rare," he said. "She's starting to walk, talk more — more every day."

Giffords is also beginning to deal with the shooting at a Tucson, Ariz., shopping center in January, he said. "Despite that, she remains in a very good mood," he said.

Kelly spoke at the traditional preflight news conference for shuttle crews. Wearing a turquoise "Gabby" wristband, he spoke first, reading from a statement before the crew took questions. He said he wanted reporters to focus on the shuttle mission, not his wife's recovery.

He is the commander of NASA's next-to-last shuttle flight. Shuttle Endeavour is due to blast off for the final time April 19. The fleet is retiring after shuttle Atlantis makes one last trip to the International Space Station this summer.

Kelly quit training after his wife was shot while meeting with constituents. But a month later he decided to fly the two-week mission. At the time, he said he wanted his wife to attend the launch.

"She's been looking forward to this for a long time," he said Thursday.

Within two weeks of the shooting, Giffords was transferred to TIRR Memorial Hermann hospital in Houston. Kelly said he sees her every morning before work and at the end of the day.