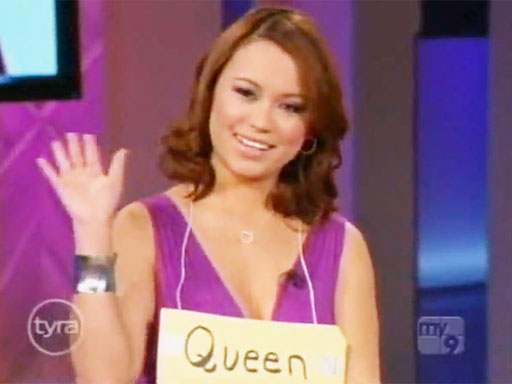 NEW YORK (CBS) Kayden Nguyen, the 23-year-old former model who claims Steven Seagal treated her like a "sex toy," also claimed to be a "lipstick lesbian" who could manipulate and "trick any guy" she wanted.

Nguyen appeared on a Jan. 2009 episode of "The Tyra Banks Show" entitled "The Gay Kingdom," according to TMZ.

In it, she brags about how she can use her "sex appeal to get any girl" she wanted and "trick any guy" into getting what she wanted.

Nguyen is seeking $1 million from Seagal claiming the action film star wanted to add her to his harem of sex servants, which she says already included two Russian beauties.

Seagal's lawyer has called the accusations in Nguyen's suit "absurd." An early morning call to Nguyen's attorney William Waldo to address the Tyra video tape was not returned.

According to court documents obtained by CBS News' Crimesider, Nguyen says she was hired by Seagal in Feb. 2010 as an executive assistant at his production company.

But rather than helping with the business, she was asked to give massages to Seagal alongside a naked Russian "attendant." Nguyen says she was told she would be replacing one of two women who were caring for Seagal's sexual needs around the clock.

Nguyen claims she was attacked by Seagal over the course of six days at his Jefferson Parish home he was staying in with his family. "I'm a family man, and I live with my wife, but she wouldn't care if you were my lover," he allegedly told her while aboard a private jet headed to New Orleans.

"The lawsuit filed by Kayden Nguyen against Steven Seagal is a ridiculous and absurd claim by a disgruntled ex-employee who was fired for using illegal narcotics," Seagal's lawyer, Marty Singer, told Crimesider in a written statement.