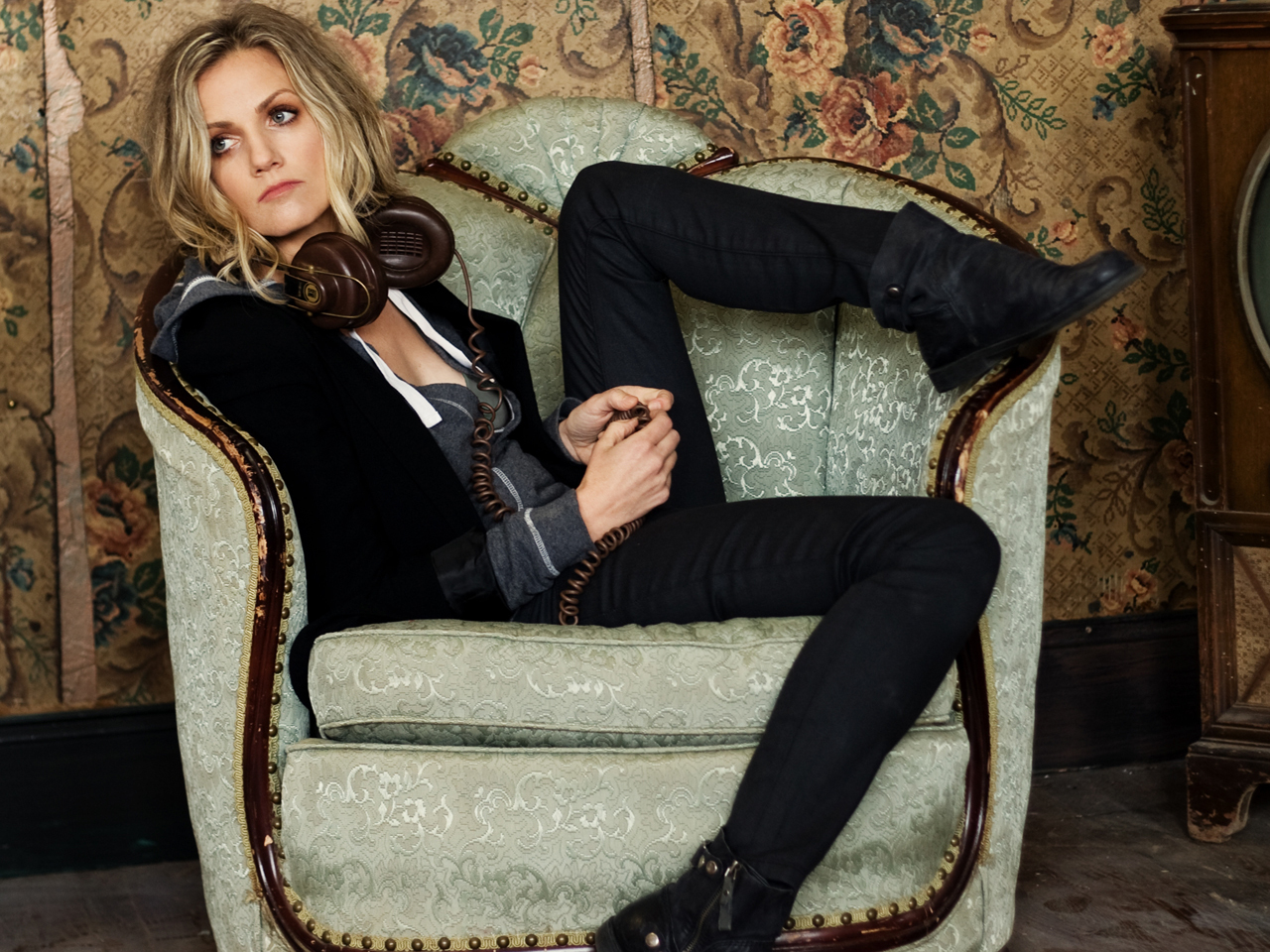 Katie Herzig has some mixed emotions now that she's winding down her tour. The singer-songwriter has spent much of the year on the road behind her 2011 album, "The Waking Sleep," and she has started writing new music for the follow-up.

"It always feels weird when you're moving forward," she told CBSNews.com prior to a recent show at the Highline Ballroom in New York. "I feel a little bit sad or guilty, like, 'Oh, I'm not ready to leave this one behind,' which I'm not necessarily doing. I'm just preparing for the next record."

Herzig didn't always know she wanted to make music. While growing up in Colorado her interests were spread far and wide.

"I was a very overachieving kid," she said. "I loved sports. I loved theater. I loved music, math. I just did a lot and as I got older it narrowed more and more to music. I sang in choirs and I played percussion in band and orchestra. My Dad always had a guitar lying around and I didn't get too interested in playing it until my senior year of high school."

During college at the University of Colorado, Herzig, 32, didn't major in music; instead she focused on journalism.

But despite her interest in media, she kept "coming back" to music.

She formed a band in college, but when the group broke up a few years later, Herzig decided to strike out on her own, releasing her debut solo album, "Watch Them Fall," in 2004. Three more albums -- and a lot of touring -- followed, and in the past few years, Herzig's songwriting and musical approach has grown.

"My sound is really evolving," she said. "When I first started writing and recording songs at the time I was really into female singer/songwriters and gradually that evolved. One sound leads to another and I think you follow that as an artist."

More recently, Herzig has been getting more "into production and layering," explaining, "The most recent album I got into sampling stuff, programming some stuff." The sound can be heard on her latest release on songs such as "Free My Mind" and "Make a Noise."

Her lyrical themes are changing, too.

"A lot of my songs come from real personal places. I go through these different relationships that I tend to write about. This last record, though, had less to do with relationships and more just kind of general thinking about and concern about the state of the world -- different things going on socially and politically," Herzig said, though she doesn't consider herself a "political writer."

"There's always some kind of mystery to my lyrics, I think," Herzig added.

Over the years, Herzig's music has found its way on to various TV shows, including "Grey's Anatomy," "Pretty Little Liars," "Smallville" and "Cougar Town."

Now it's time to look ahead. With the tour wrapping Sunday in her newly-adopted town of Nashville, Tenn., Herzig is poised to start writing new music.

"You get to the end of a season of playing these songs over and over and over, and you really feel like, 'Oh, it's time to move on to the next.' Not that you won't play those songs again or that that album isn't important," she said. "It's just a time of evolving and taking the next step in that direction."