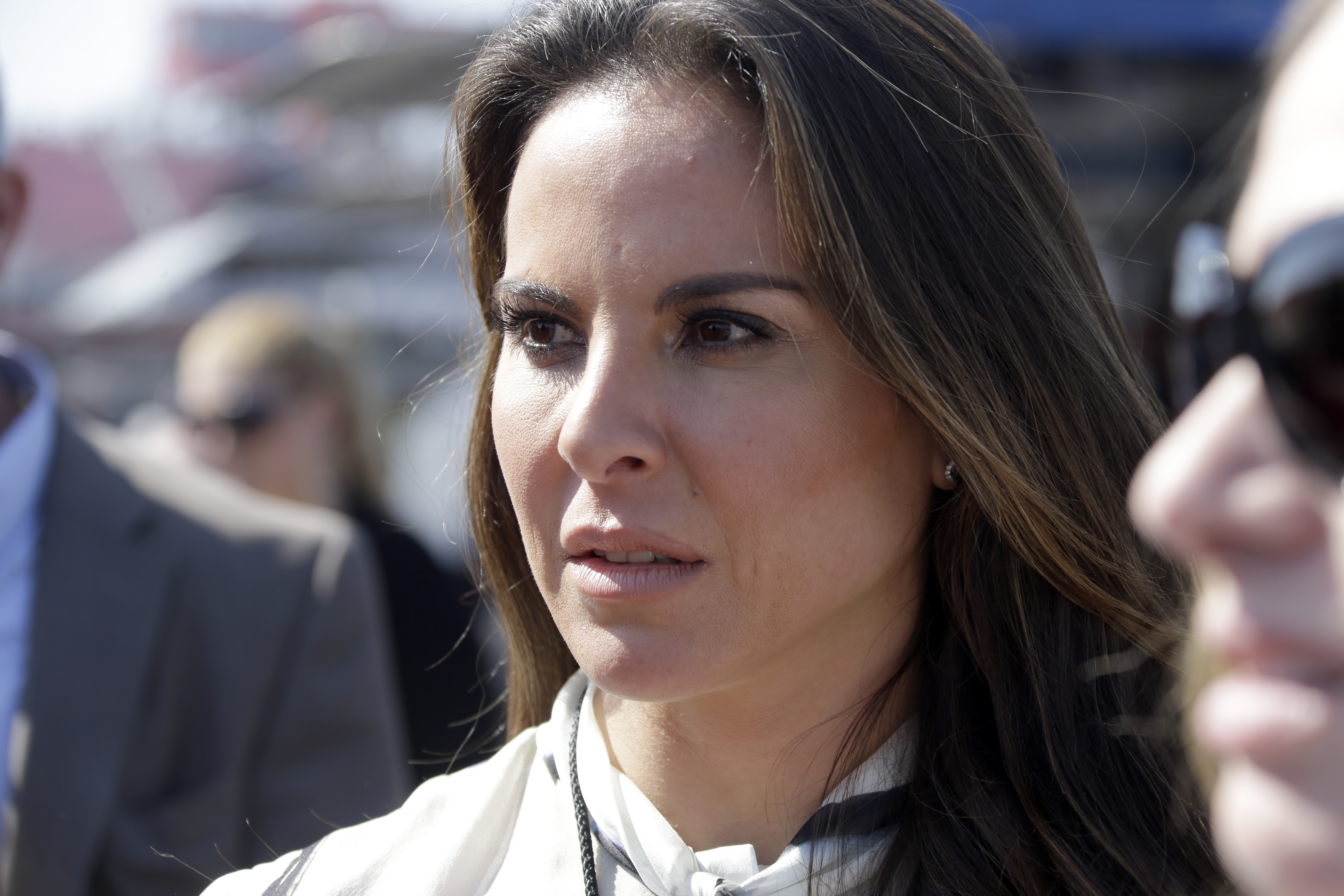 The Mexican-born actress spoke in three days of interviews for an article in the upcoming issue of The New Yorker that was available online Friday, after largely keeping out of the spotlight ever since Guzman's recapture and the publication of Penn's article about the meeting.

In his January Rolling Stone piece, Penn wrote that while traveling to meet Guzman they came across a checkpoint and were allowed to continue when soldiers recognized one of the cartel capo's sons, who was traveling with the actors.

According to del Castillo, "they didn't go through any military checkpoint, much less one where government soldiers waved them on," The New Yorker reported.

It added that two Argentine film producers who were riding in another car also "have no recollection of encountering a military checkpoint."

The New Yorker said Penn maintains that his account is accurate, and he confirmed that in a response to a request for comment Friday.

"I stand by my piece," the actor told The Associated Press via email, adding: "I think Kate would be happier to separate herself from recollections that inflame the Mexican government at this point."

Del Castillo told the magazine the scene was not in an early draft that had been sent to and approved by Guzman, and it appeared only after a Rolling Stone editor asked Penn to add a more detailed description of their overland journey.

Guzman pulled off his second brazen escape from prison last July, fleeing a maximum-security lockup through a tunnel that accomplices dug to the shower of his cell. Penn's lengthy Rolling Stone piece was published a day after Guzman was recaptured on Jan. 8 by Mexican authorities and several months after his meeting with the actors in fall 2015.

Del Castillo had been contacted by Guzman's lawyer the previous year and entered into an agreement for her to make a movie about the convicted drug lord's life, and she had hoped to bring Penn on board with the project. She maintains she had no idea a magazine article was in the works.

She told The New Yorker she was unaware that Penn was bearing a letter of assignment from Rolling Stone when they met with "El Chapo," and she felt blindsided when he announced to Guzman that he intended to write an article. Penn has insisted he told her beforehand, but she dismissed that as "total and complete (bull)."

"This was not how I was expecting the night to be," she was quoted as saying. "But at the moment I thought, Maybe we can base the movie on this article."

The New Yorker reported that the Argentine producers said the article had been discussed on the trip, before the meeting with Guzman.

Mexican authorities are probing possible money-laundering involving Guzman and del Castillo's tequila business and have sought to question the actress, while saying she is considered a witness and has not been charged with any crime.

A kind of summons for her to be questioned has been issued, but del Castillo, a naturalized U.S. citizen, has remained in Los Angeles where she lives. Her attorney in the United States says she has nothing to hide and is willing to talk to Mexican authorities

Del Castillo considers the probe "a witch hunt," she told The New Yorker. She also alleged sexist treatment by the Mexican media, much of which has focused on a series of seemingly flirtatious text messages between her and Guzman that were leaked earlier this year.

Del Castillo said she was dismayed when Mexican authorities announced they had been able to locate and capture Guzman thanks to his communications with "actresses and producers."

"I wanted to die," she was quoted as saying.

Del Castillo also says in a separate article published Sunday that she only met secretly with "El Chapo" for a project to document his life in a movie, and denied suggestions she had received any money from the drug lord.

Del Castillo wrote of the meeting in a first-person article published in the Mexican weekly newsmagazine Proceso. She explained how she was contacted by the capo's attorneys, the discussions leading up to the encounter and ultimately her October 2015 meeting with Guzman and Penn in a remote area of northeastern Mexico.

"What I wanted to do was document the life of a man named enemy number one by the most powerful nation in the world," she wrote.

The actress wrote that the capo's attorneys contacted her via email in 2014 and later met with her. The lawyers said that "El Chapo" wanted to give her the rights to tell his story in a movie, one that she would also appear in.

"Why me?" the actress recalled asking.

"Because he admires you, respects you, and fully trusts you," she said one of the lawyers told her.

Del Castillo told of the trip she made Oct. 2 with Penn and two producers to meet with Guzman. One of the capo's sons met the group at a hotel and then took them on a journey by land, air, and land again.

Mexican authorities have said they were investigating whether Guzman gave money to Del Castillo's tequila company. Officials here have also sought to interrogate the actress, although they have said they consider her a witness not a suspect.

In a second article published in Process on Sunday, Del Castillo denied that the capo had given money to her to make the movie, or to her company. "I have never received money from Mr. Guzman," she said.

In late February, the common-law wife of "El Chapo" said his health problems have gotten "a lot worse" because guards at a maximum-security prison rouse him for head counts, interfering with his sleep.

Emma Coronel is the mother of Guzman's twin daughters. She told the Radio Formula station that Guzman is having problems with nervousness and anxiety, because he isn't sleeping at the Altiplano prison west of Mexico City.

Authorities have been waking Guzman every few hours for head counts.

Coronel said she thought authorities were trying to kill Guzman.

Coronel quoted Guzman as saying he wasn't allowed to exercise in open air, but doesn't care and only wants to be allowed to sleep.

The Mexican prison officials in charge of preventing Guzman from escaping incarceration for a third time are taking extreme measures, according to a report in the El Universal newspaper.