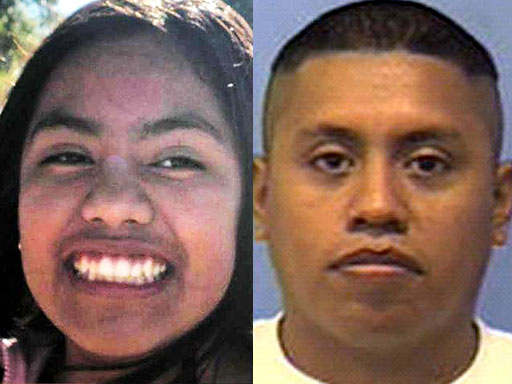 AUSTIN, TX (CBS) A 13-year-old girl, Karen Anastacio, who's been missing since Thursday, was last seen getting into an SUV with a man who has a dangerous history, say Austin police.

According to CBS affiliate KEYE, the Austin Police Department believes a 25-year-old man named Angel Rojas took Anastacio to Mexico. Police say Rojas has committed a violent felony against the girl in the past, and they believe she is in danger.

Anastacio was seen getting into a brown 1997 GMC Jimmy SUV at Bedichek Middle School around 8 a.m. Thursday.

Anastacio is a 5'2" Hispanic female who  weighs about 115 pounds. She was last seen wearing a black shirt and black pants, and carrying a pink backpack.

Rojas is a Hispanic male, 5' 3'' and approximately 132 pounds. He has black hair and brown eyes.

Anyone with information on the case is asked to call 911.