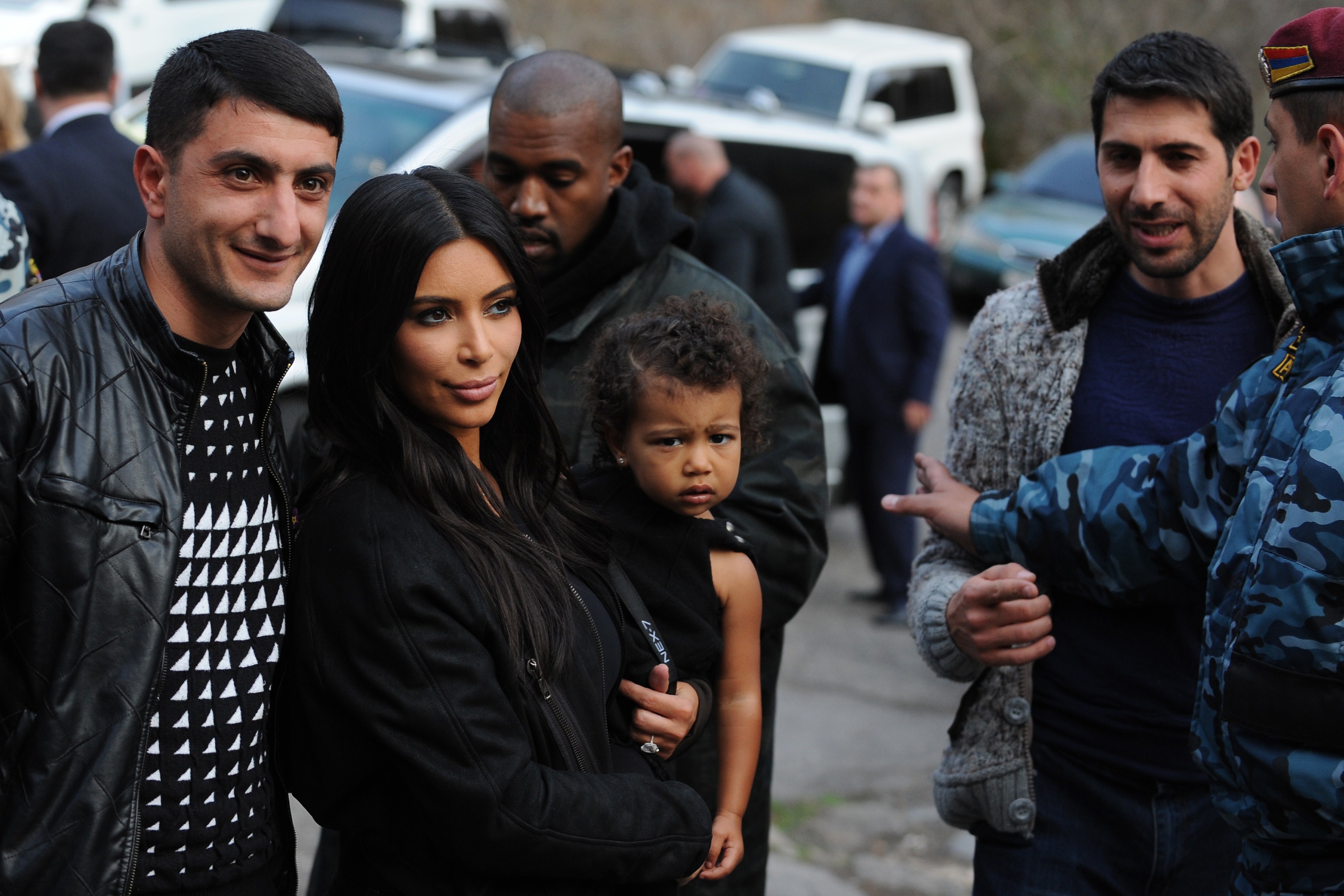 The Kardashian contingent is causing a commotion in Armenia, but officials are pleased they came.

Kim Kardashian, husband Kanye West, daughter North and sister Khloe are in the Kardashian ancestral homeland on a high-visibility visit ahead of this month's observation of the centennial of the mass killing of Armenians by Ottoman Turks.

Hundreds of celebrity-besotted fans gathered outside the Kardashians' hotel and followed the group through Yerevan, the capital, on Thursday.

"Kim Kardashian is a lady who's known worldwide. We should be happy she came here," said parliament speaker Galust Saakian.

Historians estimate up to 1.5 million Armenians were killed around the time of World War I. Turkey denies the deaths constituted genocide, saying the toll is inflated and that those killed were victims of civil war and unrest.