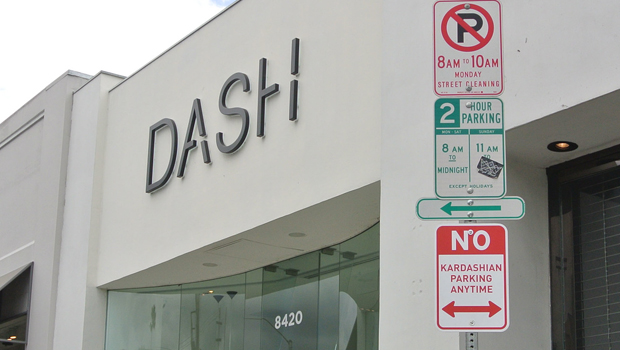 The Kardashian clan might want to keep their eyes peeled while driving around Los Angeles - it might be that much harder today for them to find a parking spot.

Several "No Kardashian Parking Anytime" signs have popped up in spots around Hollywood, and the street artist Plastic Jesus says he's behind it.

The LA-based artist posted seven of the signs around the city (including one near Dash, the clothing store owned by Kim Kardashian and her sisters), telling The Hollywood Reporter the stunt is a commentary on America's obsession with celebrity.

"The Kardashian family has become ingrained in our culture," he said. "We've allowed mainstream media to become so profit-driven, we are sacrificing genuine news stories to satiate our vapid celebrity obsessions."

A spokesperson for the LAPD told THR that no complaints have yet been filed about the signs, but added that it's a "pretty clear case of vandalism," regardless of artistic intent.