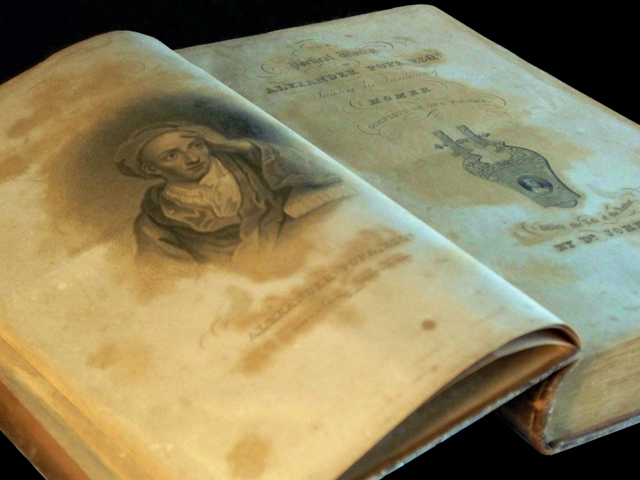 COMMENTARY Kaplan Publishing (WPO) is a huge name in test prep books. But did you know that they also did trade books, the industry name for better quality titles you find in bookstores and online? No? Little surprise there. After about three years of getting next to nowhere with non-testing books, Kaplan decided to wind down that operation.

Too bad they didn't tell their writers. According to one previously best-selling author, she only found out by accident that no one at Kaplan was paying attention to her new book that the company had published, even though the title won top prize at the New York Book Festival and the author claims to have put tens of thousands of dollars into publicity. It's a snapshot of how badly publishing houses can be at business and why so many authors will ultimately look for other ways -- like ebooks -- to get to a reading audience.

Dr. Yvonne Thornton is a maternal-fetal medicine specialist and clinical professor at New York Medical College. She also is the author of The Ditchdigger's Daughters, a family biography that landed the author on Oprah Winfrey's talk show for the second time. (The first time, Winfrey had her on because of Thornton's medical expertise.) The book was adapted into an award-winning television movie in 1997.

That's a hefty resume. So, when Thornton, working with co-author Anita Bartholomew, wrote a second memoir in 2009, the new title, Something to Prove, had multiple publishing houses bidding for it. Thornton actually turned down St. Martin's Press to work with Kaplan Publishing for a significantly smaller advance, as she told CBS MoneyWatch:

Kaplan said, "We're cutting edge. We're going into the blogosphere and we'll get you into webinars. We're going to do that and this." As soon as we selected them over St. Martin's Press, they abandoned the book.

Something to Prove came out late last year. Unfortunately for Thornton, so did the decision at Kaplan that the trade publishing division was a waste of time.

Oh, we meant to mention that

How did Thornton find out? While performing the obsessive author ritual of checking her new title's ranking on Amazon (AMZN), she noticed that there was no way to pre-order the paperback version that she had expected and no Kindle edition. She emailed her editor about the situation and the message was bounced back: no such person.

Thornton then emailed Kaplan Publishing publicity manager Tim Brazier and got the following excerpt in return (Thornton sent a copy of the email to CBS MoneyWatch):

In a word everyone is gone. After August 1st, both editorial and marketing were eliminated. I'm here until Dec 31st working on one project that had been delayed and then my position will end. As far as anything I write about your experience with Kaplan - I'm sure it would be an understatement. I'm sorry that things changed so much and your second venture in book publishing has not been unlike your first book.

Before seeing the email, CBS MoneyWatch caught up with Brazier at Kaplan who said, "We've gone back to focusing on the test prep books and we're pushing strongly to develop digital ways of delivering our content." And the trade book division? Traded in for some layoff notices.

Started about three years ago, Kaplan has been "winding down" the effort since late last fall. In other words, the company gave up after two years, according to Brazier:

As you know, trade publishing is challenging at the best of times, so the decision was made to refocus on the test prep business. I think a lot of people didn't realize that Kaplan was doing trade books for the time period that we were. That was a bit of an uphill battle for us. Around the point when people would have started noticing is when the decision was made to stop acquiring trade books and focus on the best test prep that we could.

The test prep publishing has moved back into the groups that prepare the books and "there was duplication of these roles." And plenty of fodder for some headcount cutting.

What is so bizarre about a story like this is how badly Kaplan, hardly a newcomer to publishing, played it:

-- Management went into an area it should have understood.

-- The company went in as the economy was clearly falling apart.

-- They were surprised that it wasn't a hit in under two years.

-- No one seems to have kept authors in the loop, even though there are probably some big contractual obligations being ignored.

It sounds like a tale of a lot of people who should have known better but didn't. Not a fun case study for a GMAT prep book.