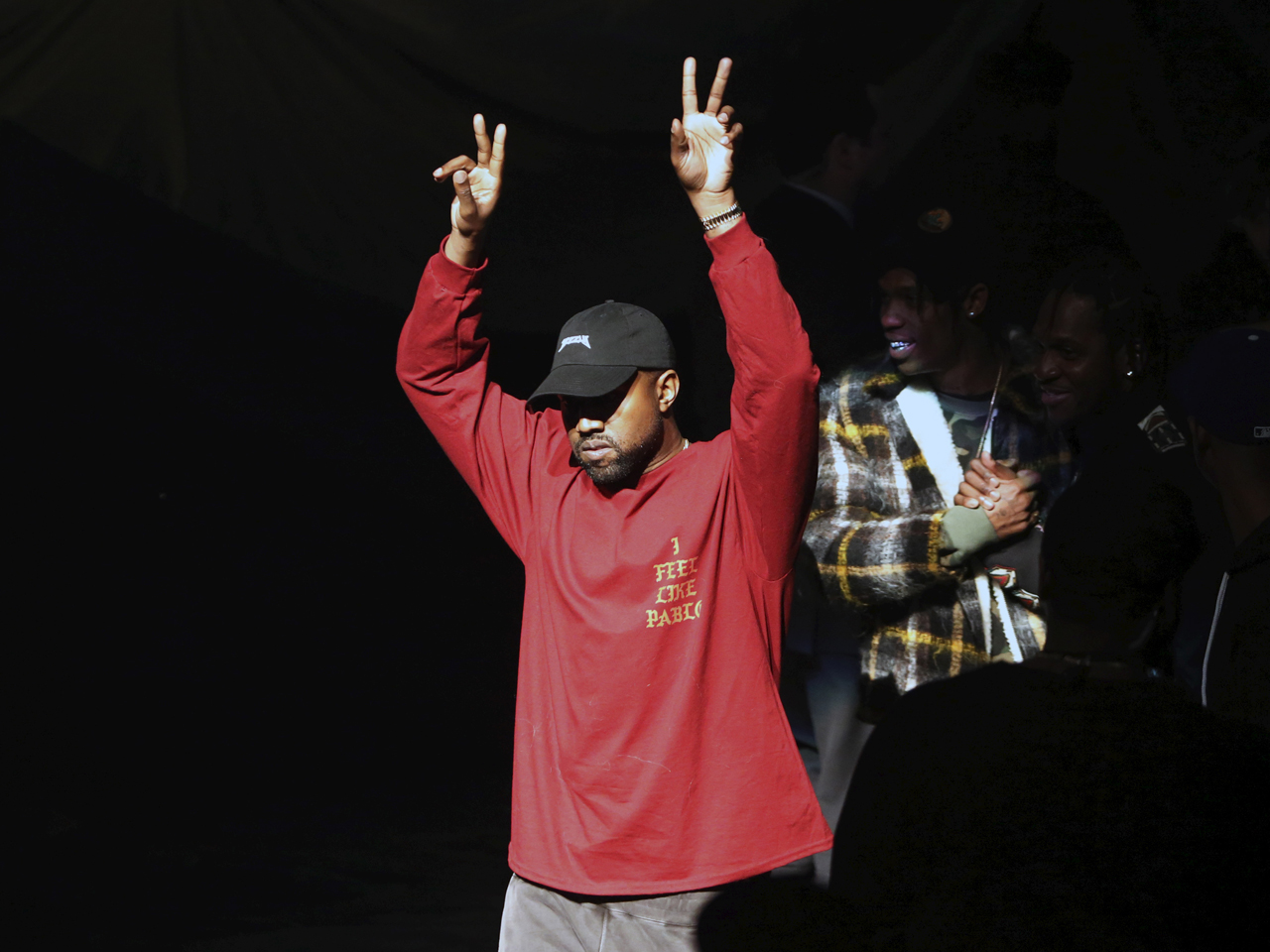 Kanye West and Taylor Swift had been convincing in leading the world to believe that there is no remaining bad blood from West's now-infamous "Imma let you finish" outburst at the 2009 MTV VMAs.

There was Swift's gushing presentation of the 2015 VMA Vanguard award to West, after which Swift embraced West's wife, the ubiquitous Kim Kardashian, in the audience. There was the extravagant floral arrangement, sent from West to Swift, documented on the pop star's Instagram. There was at least one dinner at a New York City gastropub, captured by rabid, seldom-satiated paparazzi.

All was seemingly quiet on the Swift-West front, until Thursday afternoon. West debuted his new album, "The Life of Pablo," (previously titled, at different points, "So Help Me God," "Swish" and "Waves"), at his very large, arguably self-aggrandizing, "Yeezy Season 3" spectacle/fashion show at a sold-out Madison Square Garden. On the track "Famous," West reportedly raps: "I feel like me and Taylor might still have sex. / Why? I made that b***h famous." Swift fans were -- swiftly -- apoplectic with fury.

In the time since the song's debut -- the album has not been released to the public yet -- a tangled he-said, she-said has ensued online. Swift's brother posted a video to his Instagram account, chucking a pair of "Yeezy" sneakers in a trash can, while other media outlets reported that West had Swift's blessing for the lyric. Gigi Hadid, a model, visible member of Swift's "squad," and attendee of yesterday's "Yeezy" show, sent a tweet distancing herself from the lyric. Late Thursday, Swift's publicist issued a terse statement, claiming that "Kanye did not call for approval," nor was Swift aware of the lyric "I made that b***h famous." The spokesperson also called the song, "Famous," misogynistic.

The outspoken West, however, took to Twitter Friday morning in an attempt to quell the dispute. "I did not diss Taylor Swift and I've never dissed her..." he wrote, the beginning of a 15-tweet rant. He continued:

West's Twitter account, long-dormant until late January, has been the source of multiple recent controversies, including -- but not limited to -- West making proclamations of Bill Cosby's innocence and West engaging in a very public battle with rapper Wiz Khalifa.

Swift, however, has yet to comment publicly on the song.