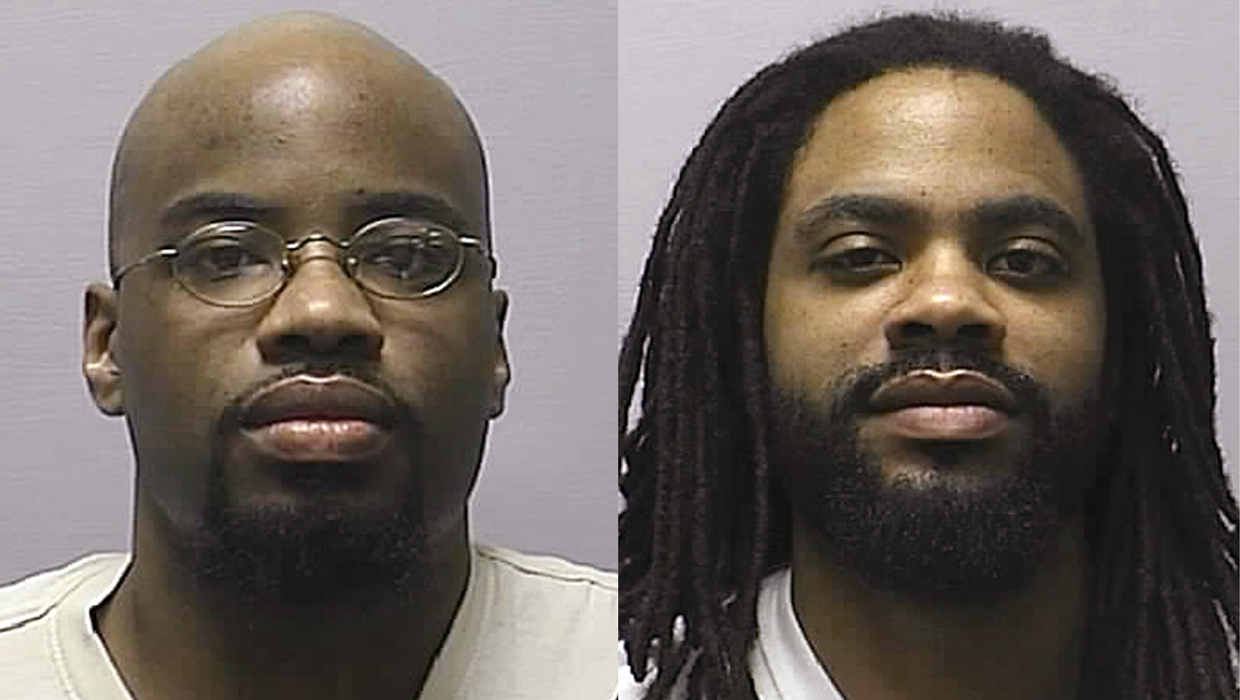 TOPEKA, Kan. - The Kansas Supreme Court on Friday overturned the death sentences of two brothers convicted of capital murder in a crime spree in Wichita in 2000 including robbery, rape, forced sex and four fatal shootings in a snow-covered soccer field.

Their cases will return to Sedgwick County District Court for further hearings.

The court's majority overturned their death sentences because the presiding judge did not hold separate proceedings for each man. In overturning most of their capital convictions, the majority said the instructions to jurors were flawed.

The justices on Friday issued a separate ruling for each brother.

The Carr brothers' crimes are among the most notorious in the state since the 1959 slayings of a western Kansas family that inspired the classic book, "In Cold Blood."

The victims in the December 2000 attacks that culminated in a bloody scene in a snowy field were: Aaron Sander, 29; Brad Heyka, 27; Jason Befort, 26; and Heather Muller, 25. Another woman who was shot in the head survived and ran naked through the snow to seek help, becoming a key witness at the brothers' trial.

Prosecutors said the five friends were in a Wichita home when two armed intruders forced them to engage in sex with each other and later made them withdraw money from automatic teller machines. The two women were raped repeatedly before the five were taken to the soccer field and shot while they were kneeling.

The Carr brothers also were convicted of first-degree murder in connection with the fatal shooting of a 55-year-old cellist, Ann Walenta of Wichita, only days before the spree that left four dead.

Jonathan Carr, now 34, and Reginald Carr, 36, were in their early 20s when the crimes occurred. Together, they were convicted of 93 crimes, including rape, aggravated kidnapping and aggravated robbery and sentenced to death. The Supreme Court upheld a total of 57 convictions against them.

Five other convicted murderers, all men, remain on death row in Kansas. The state Supreme Court last week overturned the death sentence of Sidney Gleason in the killings of a Great Bend couple in 2004. Last year it ordered a new trial for Scott Cheever in the shooting of the Greenwood County sheriff in 2005, though the U.S. Supreme Court later ordered the Kansas court to reconsider.

Kansas' last legal executions were in 1965, by hanging. The current capital punishment law was enacted in 1994, but the state's highest court has yet to approve any death sentences, which has led to criticism from legislators and other officials who support the death penalty.