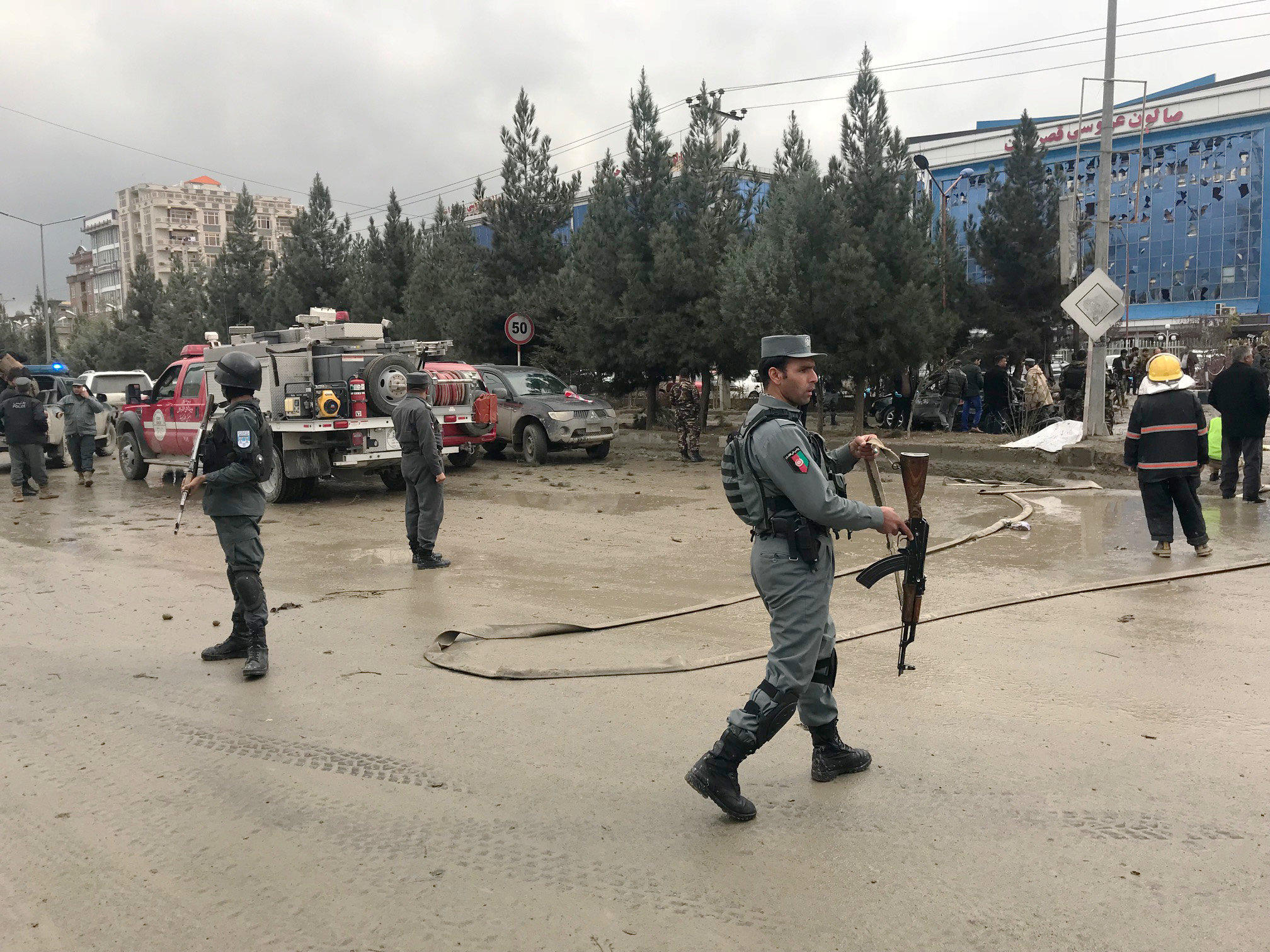 The Islamic State of Iraq and Syria (ISIS) faction in Afghanistan claimed responsibility for the attack.

According to Kabul police spokesman Basir Mujahid, at least seven police officers and two civilians were among the dead, and 10 others were wounded. Based on photos posted on social media following the blast, however, the death toll seemed likely to rise.

Mujahid said the suicide bomber wanted to get inside a wedding hall where the political gathering was taking place, but was stopped by police at a checkpoint, where he detonated his suicide vest.

Parliament member Hafiz Mansoor, who attended the meeting but was not harmed, said around 700 supporters of the governor of the northern Balkh province were attending a conference to highlight his work.

ISIS has repeatedly targeted civilians and security forces in Afghanistan this year.

The Taliban insurgency has also attacked law enforcement -- and civilians -- across the country, but the group tends to target civilians less than ISIS. A wave of Taliban-claimed attacks across Afghanistan has left dozens of police dead in recent weeks.