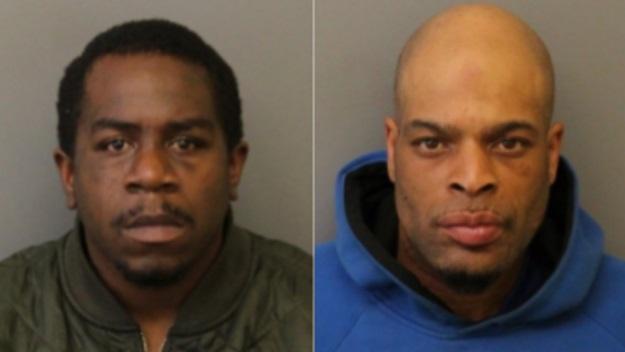 NEWARK, New Jersey -- Authorities say two men have been arrested in Newark after a batch of the drug K2 left dozens of people ill there in recent days, CBS New York reports.

Newark police said in a Friday night news release that about 40 people have been admitted to local hospitals after falling ill from K2, also known as synthetic marijuana.

Around 7:37 p.m. Friday, Newark police were called to New Jersey Railroad Avenue for a sick person foaming at the mouth. They found a total of 12 people exhibiting the same symptoms.

The number of people affected by the drug is on the rise, and the victims are primarily from the homeless population, police said.

Saturday night, the city's Department of Safety put out another another news release, saying 31-year-old Kevin McKenzie and 37-year-old Quadeer Nelson were arrested in connection with the case.

Authorities said police saw the men in the area of Newark Penn Station with zip-lock bags containing the drug.

Authorities said the source of the K2 that made dozens ill remains under investigation.

"Police cannot confirm that these suspects are responsible for the symptoms victims experienced in this incident," the release said.

Members of the Newark police Clergy Patrol are also being deployed to discourage the use of K2 and provide referrals.

Police asked anyone about the incident to call the Newark police Crime Stoppers hotline at (877) NWK-TIPS or (877) NWK-GUNS. All callers will remain anonymous.