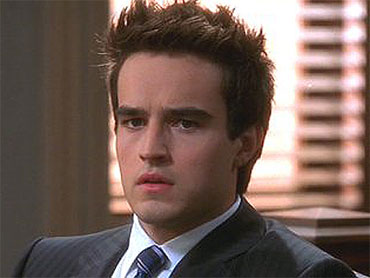 (CBS)
DODGEVILLE, Wis. (CBS/AP) Justin Mentell, an actor who appeared in the ABC TV show "Boston Legal," has been killed in an automobile crash in Wisconsin.

The SUV he was driving went down an embankment an hour southwest of Madison, Wisconsin. The vehicle hit two trees, killing the 27-year-old, the Iowa County Sheriff's Department said.

What led Mentell's Jeep to veer off the road is still unknown. The crash was reported Monday.

The sheriff's department says the 27-year-old Mentell wasn't wearing a seat belt and that it did not seem drugs or alcohol were a factor.

Mentell portrayed attorney Garrett Wells on "Boston Legal" from 2005 to 2006.

According to the film database IMDb.com, he also was Terrell in the 2009 Disney movie "G-Force."

The Web site says Mentell was a former member of the U.S. Junior National Speed skating team and that he placed third in the Junior Olympics.

A message left with his agent wasn't immediately returned Tuesday.