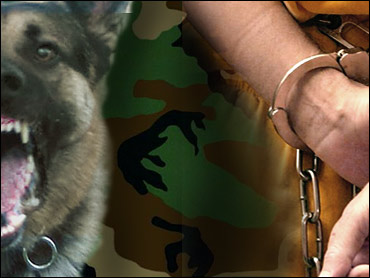 The Justice Department is investigating whether agency lawyers improperly advised the military it could use harsh interrogation methods and concluded that President Bush's wartime authority could not be limited by domestic law or international bans on torture.

The findings outlined in a March 2003 memo have been included in an ongoing internal review about the CIA's use of waterboarding, which simulates drowning, and whether top Justice officials crossed a line in authorizing it.

The department's Office of Professional Responsibility, which is handling the investigation, generally does not publicly discuss what matters are under review. The office called Sen. Sheldon Whitehouse, D-R.I., on Thursday to confirm the expanded inquiry into the 2003 memo, according to his spokeswoman, Alex Swartsel.

In a statement, Whitehouse said the investigation will shed light on how the Justice Department's Office of Legal Counsel reached its conclusions in writing the memo. He said it will "help us discover what went wrong and how to put it right."

"The abject failure of legal scholarship in the Office of Legal Counsel's analysis of torture suggests that what mattered was not that the reasoning was sound, or that the research was comprehensive, but that it delivered what the Bush administration wanted," Whitehouse said.

At issue is a now-defunct Justice Department memo that outlined legal justification for military interrogators to use harsh tactics against al Qaeda and Taliban detainees overseas. The March 14, 2003, memo said the techniques could be used so long as interrogators did not specifically intend to torture their captives.

Why millions of unemployed Americans just got their tax refund

The memo, written by then-Deputy Assistant Attorney General John Yoo, said the president's wartime power as commander in chief would not be limited by U.N. treaties against torture. It also offered a defense in case any interrogator was charged with violating U.S. or international laws.

The memo was rescinded in December 2003, nine months after Yoo sent it to the Pentagon's top lawyer and to Alberto Gonzales, who was then White House counsel.

It became part of a debate among the Pentagon's civilian and military leaders about what interrogation tactics to allow at overseas facilities and whether U.S. troops might face legal problems domestically or in international courts.

Also of concern was whether techniques used by U.S. interrogators might someday be used as justification for harsh treatment of Americans captured by opposing forces.

Justice spokesman Brian Roehrkasse also declined to comment but noted that the overall investigation, revealed publicly in February, has been under way for years.

It was revealed in response to concerns by Whitehouse and Sen. Dick Durbin, D-Ill., that top Justice legal advisers authorized waterboarding as a CIA interrogation tactic as part of an opinion dated Aug. 1, 2002.

That memo, defined torture as recognized by U.S. law as covering "only extreme acts" causing pain similar in intensity to that caused by organ failure or accompanying death.

Waterboarding involves strapping a person down and pouring water over his or her cloth-covered face to create the sensation of drowning. It has been traced back hundreds of years, to the Spanish Inquisition, and is condemned by nations around the world. Critics call it a form of torture.

The CIA has acknowledged waterboarding three top al Qaeda detainees in 2002 and 2003, in part because of widespread belief among U.S. intelligence officials that catastrophic attacks were imminent.

Both the CIA and the Pentagon prohibited their interrogators from waterboarding in 2006. Attorney General Michael Mukasey has refused to publicly discuss whether waterboarding is currently legal since it is no longer used.

A Feb. 18 Office of Professional Responsibility letter to Whitehouse and Durbin that confirms the overall inquiry also notes it is examining "related, subsequent OLC memoranda." Yoo was the No. 2 official in the OLC when he last worked in the Justice Department.