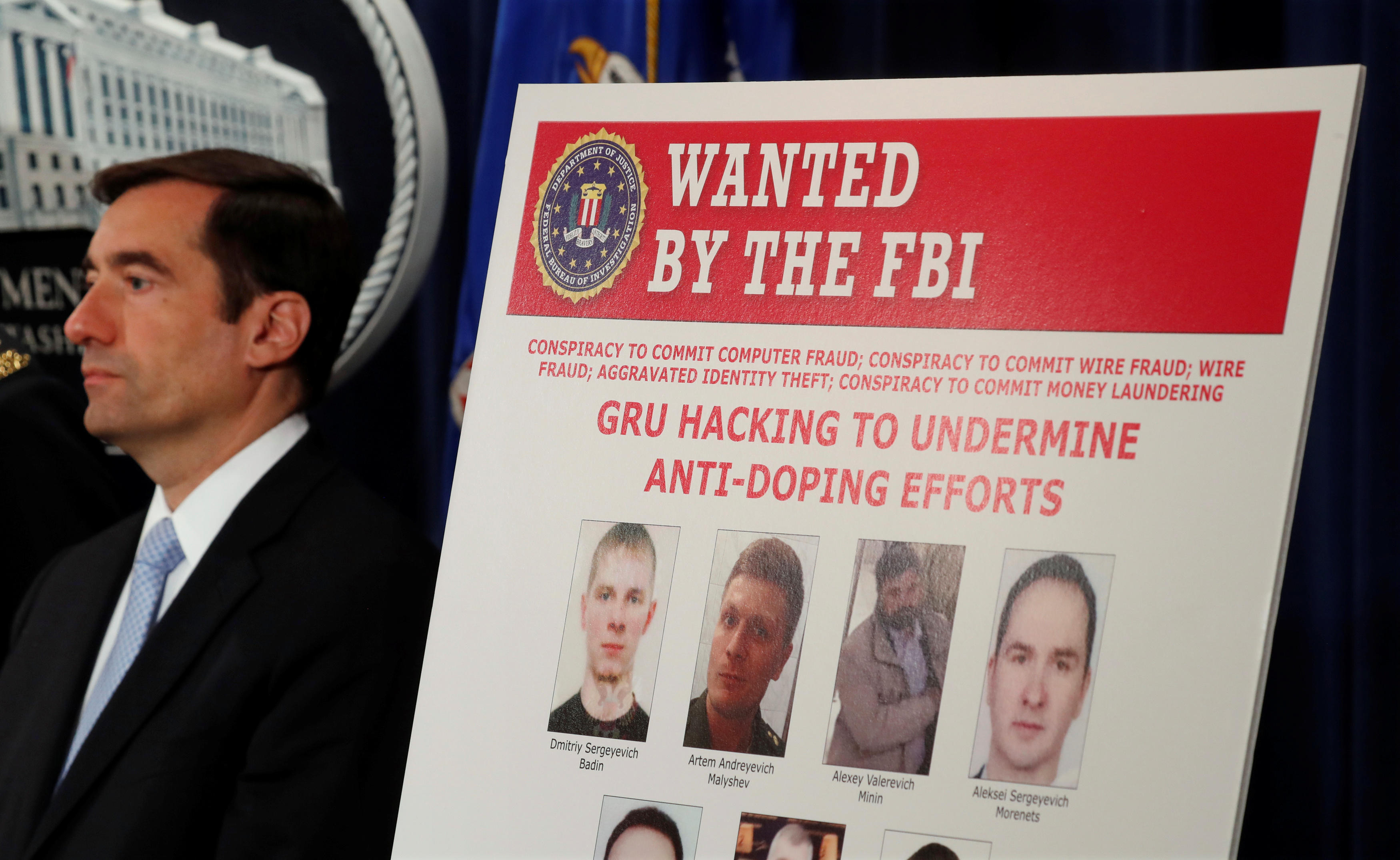 Seven Russian military intelligence officers were charged with hacking anti-doping agencies and other organizations, the Justice Department announced at a press conference Thursday.

According to a Justice Department press release, a grand jury in Pennsylvania sent the indictment, which says that beginning around December 2014 and up through May 2018, the operatives conducted sophisticated computer hacking operations that affected people in the U.S., corporations, international organizations and their employees around the world, "based on their strategic interest to the Russian government."

According to Eric Welling, Deputy Assistant Director for the FBI's Cyber Division, these GRU hackers operated under the name "Fancy Bear Hacking Team," the same group of Russian government-backed hackers that was the focus of special counsel Robert Muller's indictment of GRU hackers early this summer. Assistant Attorney General for the National Security Division, John Demers, said that these hackers were caught "red-handed" in a "conspiracy to hack a variety of individuals and organizations in the United States, Canada and Europe" with the goal of distorting the public's perception of truth.

Welling said that the GRU agents wanted to "intentionally damage world organizations and athletes committed to fairness" by flooding public and social media outlets with the medical records of international athletes and portraying those athletes who actually complied with international anti-doping regulations as cheaters and dopers. The officials alleged that the hackers even traveled to The Hague in the Netherlands in an attempt to conduct a close-proximity hack of the organization's anti-doping branch when such a cyberattack proved difficult to conduct from afar.

Prosecutors say the Russians also targeted a Pennsylvania-based nuclear energy company -- the Westinghouse Electric Company, which is near Pittsburgh -- and an international organization that was investigating chemical weapons in Syria and the poisoning of a former GRU officer. The indictment was announced on the same day that the Dutch government said it had blocked a cyberattack by Russian intelligence agents in April targeting the Organization for the Prohibition of Chemical Weapons (OPCW) headquarters in The Hague.

The indictment says the hacking was often conducted remotely. If that wasn't successful, the hackers would conduct "on-site" or "close access" hacking operations with trained GRU members traveling with sophisticated equipment to target their victims through Wi-Fi networks.