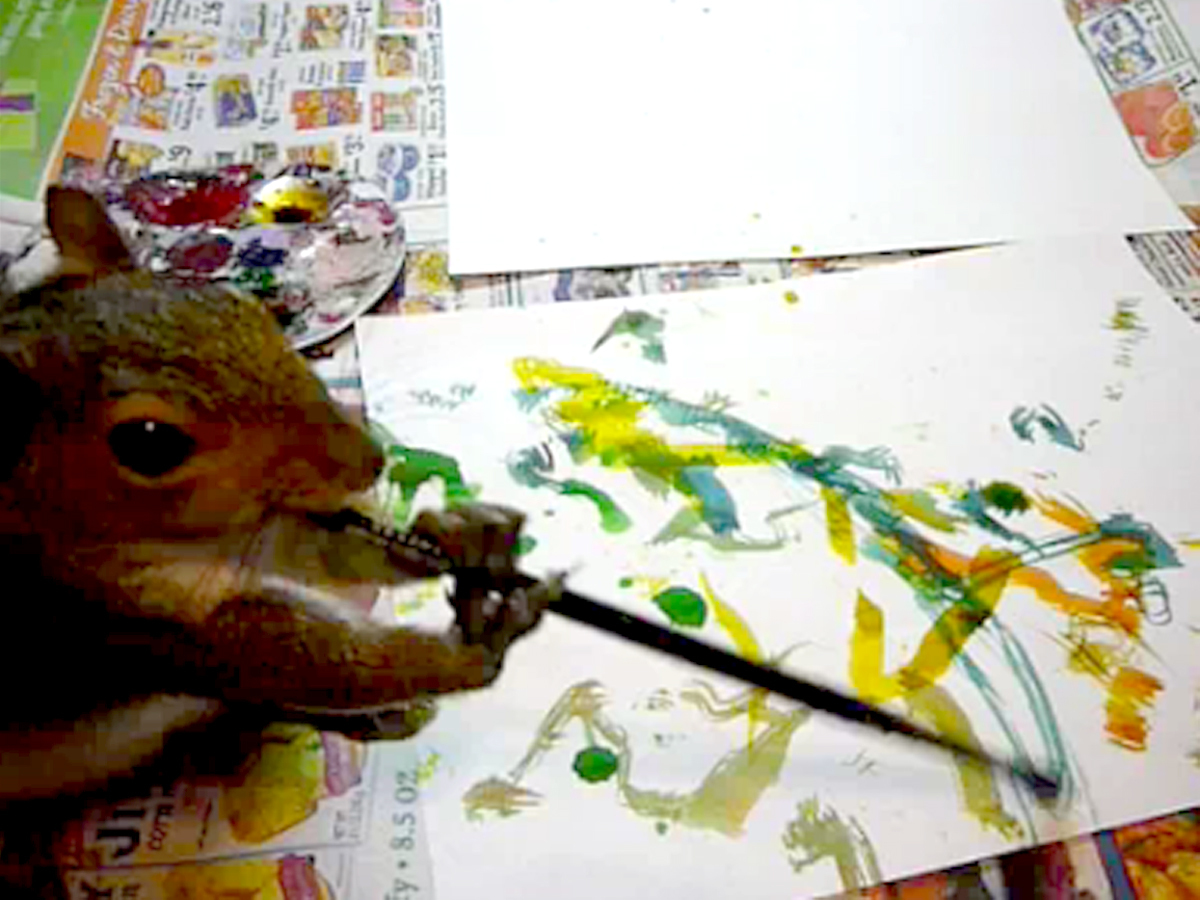 (CBS) - Great art and artists can surface from just about any time, place... or species. Check out this rather random and completely hypnotizing video of a squirrel named Winkelhimer Smith painting with food coloring.

The video was posted by YouTube user uglyshyla who writes about it:

My pet squirrel *she's a rescue so she became a pet* watches me paint since I'm a pro artist for a living.She was obsessed with my paint brushes so I let her have some food coloring and let her use a brush.Now it's a happy obsession for her.

Okay, so yes, it's a tad bit odd, but also rather adorable, especially knowing some of the context on how Winkelhimer became an "artist".  And for all of that and more, I think it's managed to earn itself a triple-rainbow salute from all of us here at The Feed!