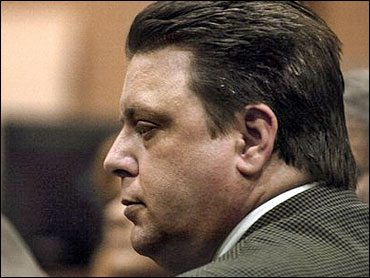 The vote was 10 to 2 in favor of death, reports Bill McGinty of CBS affiliate WTSP.

Circuit Judge Andrew Owens will have the final say in the case, and could issue a sentence as early as next month. Under the law, the judge must give great weight to the jury's choice before imposing either a death sentence or life in prison without parole.

The case remains a raw nerve in Sarasota, reports Gordon Byrd of CBS radio affiliate WHNZ. A spectator was arrested after yelling "Let's string him up!" in open court during closing arguments, and a car parked outside the courthouse was covered in slogans, including "Die, Smith!" and "Smith, Fry!"

The case became known worldwide because Carlie's Feb. 1, 2004, abduction from a car wash parking lot was taped by a surveillance camera and broadcast repeatedly.

Smith, a mechanic who was out on probation when he kidnapped, raped and strangled Carlie in February 2004, showed no reaction when he heard the recommendation.

Jury foreman Francis Kruzel, a local minister said deciding on a sentence was not an "easy task."

"Our hearts go out to the families of both Carlie Brucia and Joseph Smith. We're praying for them," said Kruzel.

Prosecutor Debra Riva sought the death penalty, saying in closing arguments that Smith was clear-headed enough to get rid of evidence and recount his crimes to his brother, which she said showed he was not impaired by a mental disorder or drugs.

Defense attorney Adam Tebrugge argued for life in prison without parole, saying it would punish Smith, protect society and provide "a fitting conclusion to this horrific case."

On the day of the abduction, Smith "was a man in pain, ravaged by drug abuse and out of control," Tebrugge said. "The Joe Smith, the drug addict who was out of control, will never exist again because he will be kept away from drugs."

Carlie's mother walked out of the courtroom as Tebrugge made his case.

"If he was to die tonight, yeah, I might get a good night's sleep," she told reporters after the verdict.

Smith admitted in taped conversations recorded in jail that he used either heroin or cocaine at the time he kidnapped Carlie.

The slaying prompted lawmakers to introduce federal and state legislation to crack down on probation violators.

At the time of the killing, Smith was in violation of his probation on a cocaine charge because he failed to pay $411 in fines and court costs. But a judge declined to put him in jail, saying Florida does not have a "debtor's prison."

Rep. Katherine Harris, R-Fla., proposed a bill that would expand the reasons a convicted criminal on federal probation could be sent back to prison. A version limited to sex offenders ultimately passed.