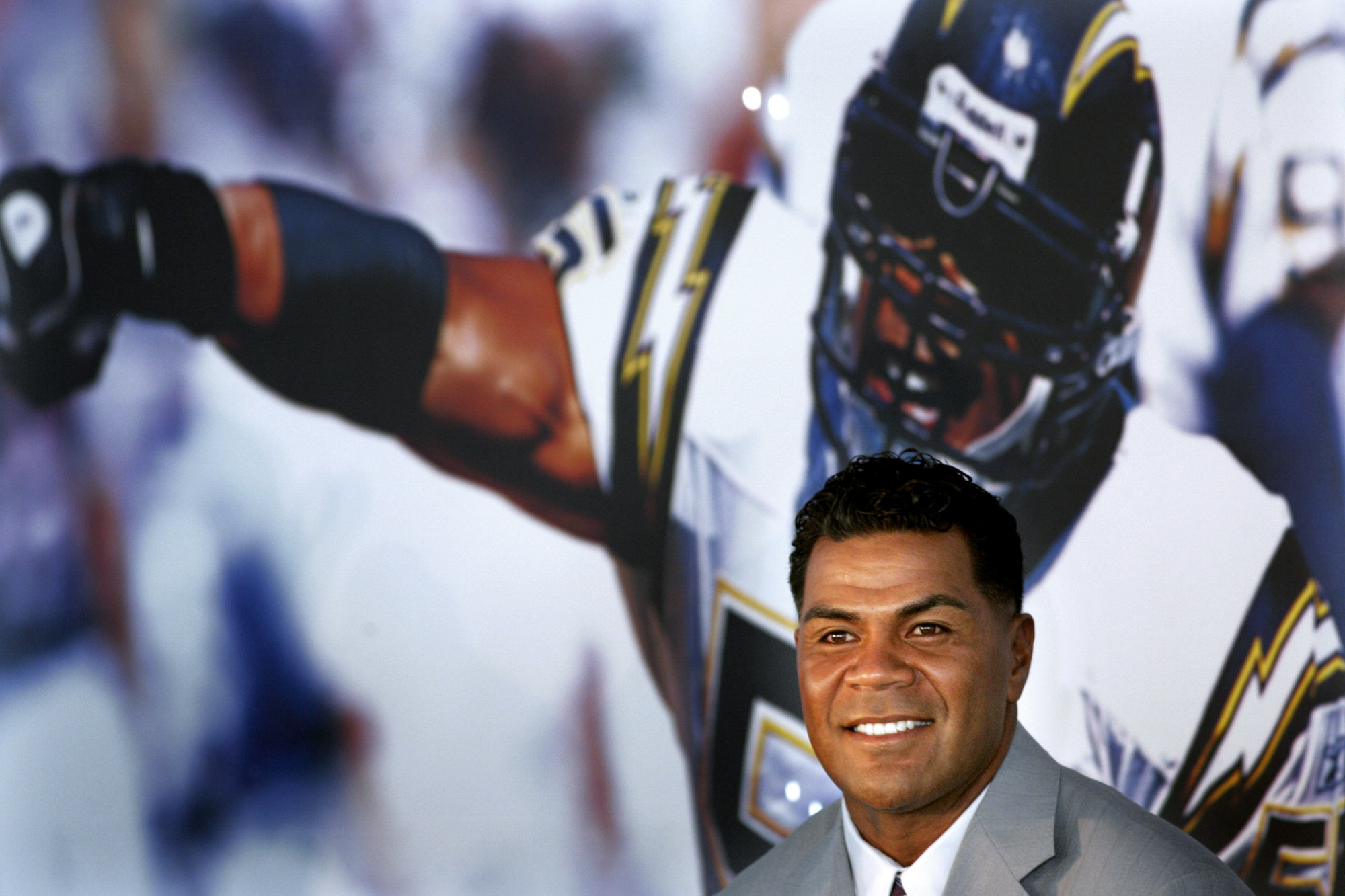 (CBS News) Junior Seau was found dead yesterday of a gunshot wound to the chest in what investigators are looking at as a suicide,

CBS News  reported. The 43-year-old had a standout career as a Pro Bowl linebacker during 20 seasons in the National Football League. PICTURES: NFL players who donated their brains to science
Dave Duerson suicide: Was brain disease to blame?
Derek Boogaard had chronic traumatic encephalopathy when he died: Report


The suicide served as a stark reminder of an incident one year earlier, when four-time Pro Bowl safety Dave Duerson shot himself in the chest in February 2011, leaving a note that presciently asked for his brain to be donated to science.

Duerson's death came at a time when more research was emerging that a career repeated brain trauma on the football field could lead to a condition known as chronic traumatic encephalopathy (CTE). Months after Duerson's death, researchers found

"indisputable" evidence  that the 50-year-old former Chicago Bear had a moderately advanced case of CTE.

While the situation differs from Duerson's in that Seau did not leave a suicide note and there has been no direct link established whatsoever between brain injuries, concussions and Seau's death,

CBS This Morning  reported, some fellow players have speculated the all-time great linebacker may have taken a toll from all those hits.


"He played hard, tough, and there is no doubt that the toll his brain took at the position he played, it will most undoubtedly show that this is a factor," Former tackle Kyle Turley, 36, who retired in 2007 and knew Seau, told CBS News correspondent John Blackstone on CBS This morning.

donate their brains posthumously for scientific study to the NFL's "brain bank," a nickname for the Center for the Study of Traumatic Encephalopathy at Boston University.

According to the Center, CTE is a progressive brain disease found in athletes with a history of concussions or repeated blows to the head. The disease causes memory loss, depression, impaired judgement and Alzheimer's-like symptoms, and dates back to the 1920's when it was called "punch-drunk syndrome" as boxers were developing dementia at an early age. The CSTE and other organizations like the Brain Injury Research Institute have posthumously identified the disease in dozens of athletes since they began research a decade ago.

While the disease can only be identified in autopsy, currently 100 retired professional football players are being studied to see if evidence of the disease can be found in living players, Yahoo! Sports reported.

Football players and boxers aren't the only athletes at risk. In recent years 28-year-old professional hockey player Derek Boogaard and 45-year-old retired NHL veteran Bob Probert were found to have evidence of CTE in their autopsies after dying from unrelated causes,


The CSTE has more information on the disease and recent research.