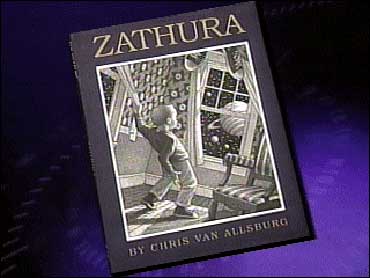 Twenty years ago, children across North America got their first look inside a fantastic and scary world in a book called "Jumanji."

It told the story of a brother and a sister who found a game and brought it home And as they played, the jungle - and everything in it - came into their home and trashed it.

A Caldecott Medal, a major motion picture and a board game followed. The one thing that didn't was the rest of the story. Until now.

Two decades later, Chris Van Allsburg has written and illustrated a sequel to "Jumanji." It's called "Zathura." The story involves a board game hidden inside the box for the game "Jumanji," and it takes its players to a far away planet. He illustrated the book in black and white art because he says he invisioned the story playing out in black and white - a concept made more real by its outer space setting.

CBS News Up To The Minute read the book to a test audience of first graders, who gave the book an overall thumbs-up. Said Jason, "I can't wait to see what the movie looks like!"

The book currently resides on The New York Times best-seller list and in your local bookstore.