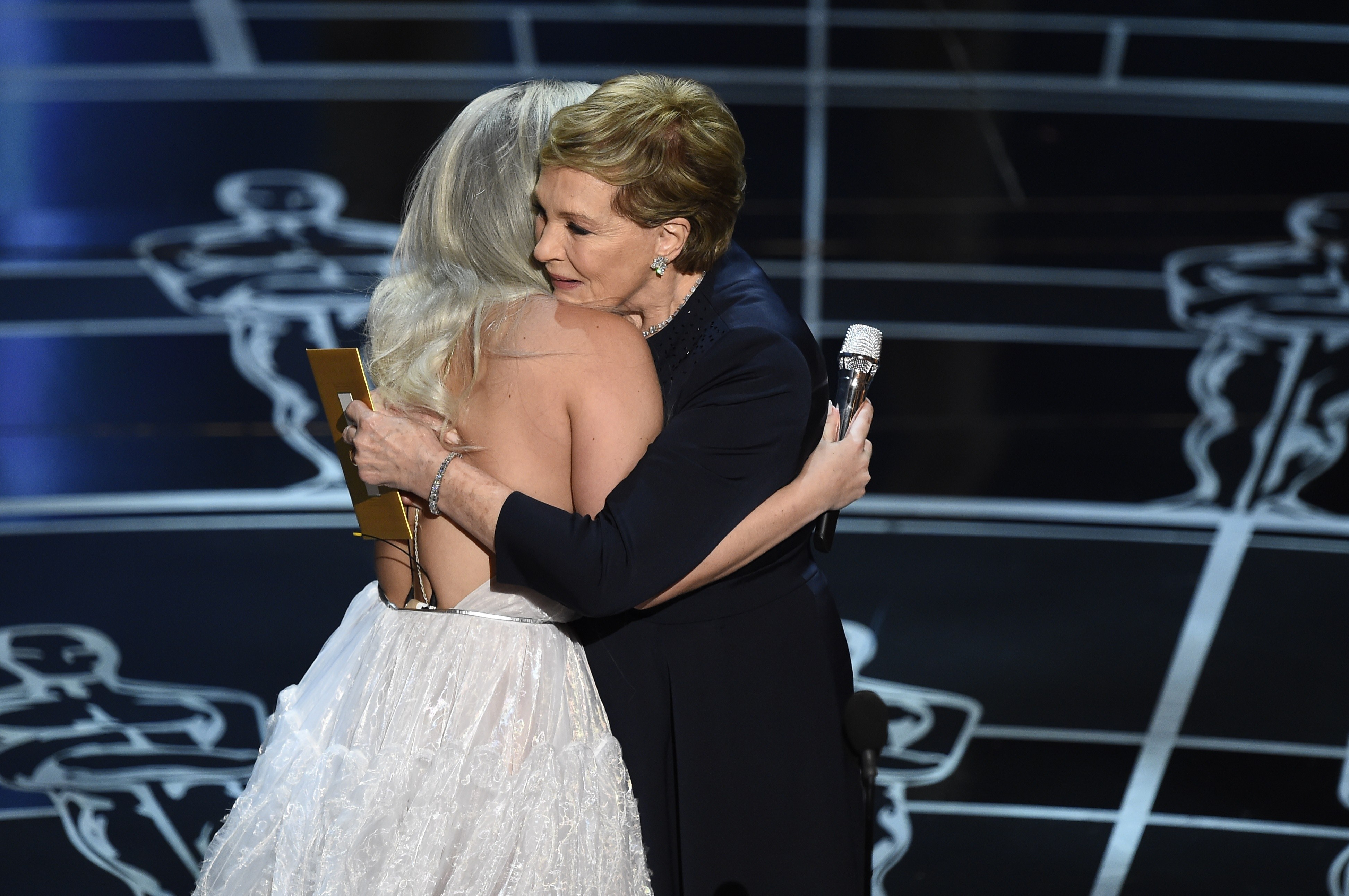 Lady Gaga nailed it during her tribute to the 50th anniversary of the "The Sound of Music" at the Oscars Sunday night.

The pop star plowed through song after song from the 1965 film, including "Edelweiss," "My Favorite Things" and "Sixteen Going on Seventeen."

After her last note, "The Sound of Music" star Julie Andrews came out to give Gaga a big hug.

"Dear Lady Gaga," said Andrews. "Thank you for that wonderful tribute. It really warmed my heart. It's hard to believe that 50 years have gone by since that joyous film was released."

Earlier in the night, Gaga said on the red carpet: "I really put my heart into preparing it, and I'm really excited to entertain the nominees tonight."

Prior to the ceremony, it was unknown what Lady Gaga's would be performing -- though she did hint at it on Twitter: