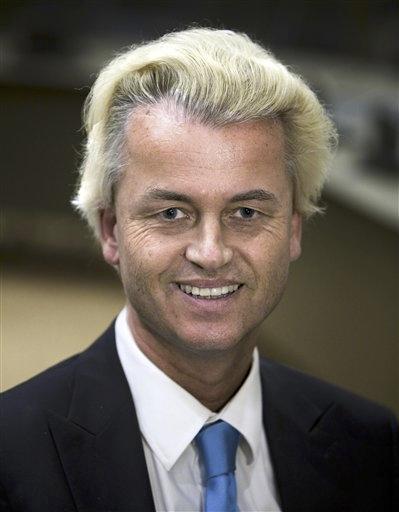 Soda in a sippy cup?

Most parents wouldn't dream of it. But researchers say that when a baby's bottle or cup is filled with juice — even the 100 percent, all-natural, no-sugar-added stuff — parents might as well be pouring Pepsi.

A growing body of science is linking sweet drinks, natural or otherwise, to a host of child health concerns, everything from bulging bellies to tooth decay.

"All of these beverages are largely the same. They are 100 percent sugar," Dr. David Ludwig, an expert on pediatric obesity at Children's Hospital Boston, said recently. "Juice is only minimally better than soda."

The trouble is that parents who are quick to limit a child's soft drink consumption often overlook or even encourage juice indulgence thanks to the beverage's good-for-you image.

But that image can be overstated. Though healthy in moderation, juice essentially is water and sugar. In fact, a 12-ounce bottle of grape soda has 159 calories. The same amount of unsweetened grape juice packs 228 calories.

The $10 billion juice industry maintains that a conclusive link between its products and obesity has yet to be established, but researchers say sugar is sugar, and sweet drinks of any kind must be consumed with care.

Overuse of juice is a relatively recent phenomenon. Before the rise of soda, juice and other sweetened drinks during the latter half of the 20th century, water and milk were children's primary beverages.

In a nation where nearly a third of children are either overweight or at risk of becoming overweight, health officials now say high-calorie beverages have little place in a young child's diet.

"With the possible exception of milk, children do not need any calorie containing beverages," Ludwig says. "What is needed to replace fluid loss and satisfy thirst is the same beverage we've been drinking for millions of years, and that's water."

The danger of juice is that too much can throw off the balance of calories and nutrients children need, according to Dr. Terrill Bravender, director of adolescent medicine at Duke University Medical Center.

In very young children, too much juice cuts the appetite for nutritionally superior breast milk or formula. In older children, it often supplements other foods, potentially adding hundreds of excess calories.

Part of the problem is that the calories in juice are so concentrated. Just half a cup (4 ounces) of apple juice has 60 calories, the same as a whole apple, but without the fiber that makes fruit filling.

In 2001, the American Academy of Pediatrics issued guidelines saying fruit juice should not be given to children younger than 6 months, and that there is no nutritional reason to give it to them before their first birthday.

After that, juice is optional, though the group favors whole produce and urges parents to limit juice to 4 to 6 ounces a day for children up to 6 years old, and to no more than 8 to 12 ounces for older children. Experts say pudgy children should avoid juice altogether.

Those guidelines concern the juice industry, which markets 6 3/4-ounce juice boxes and bags to kids. Children drink about a quarter of all juice consumed, according to the U.S. Department of Agriculture.

Carol Freysinger, executive director of the Juice Products Association, says some producers have felt an impact since the pediatrics guidelines were released, but she wouldn't elaborate.

She is critical of doctors telling parents to eliminate juice, saying it gives a bad name to a healthy beverage and could prevent people from getting important nutrients juice offers.

Despite the guidelines, 60 percent of 1-year-olds drink juice, averaging 11½ ounces a day, according to 2002 USDA data. That's up from 57 percent less than a decade before.

The USDA also found that more children younger than 1 are drinking juice, up from 35 percent to 39 percent, though they are drinking less of it.

While juice can be a healthy way to occasionally get picky children to consume more fruit, researchers say using it too often can exacerbate bad eating habits by training kids to prefer — and hold out for — something sweet.

Dr. William Dietz, with the division of nutrition and physical activity at the Centers for Disease Control and Prevention, says parents need to be firm — thirst is satisfied with water, hunger with solid foods. Caloric beverages can blur that line.

Kimberly Kwitkiwski, a mother of twin 2-year-old girls, has found a middle ground. She is careful about her daughters' sugar intake, but since Jade and Jillian won't drink straight water, she spikes it with a few ounces of low-sugar juice.

Over the course of a day, the Hooksett, N.H., woman's children get only about 4 or 5 ounces of light juice.

Despite her vigilance, Kwitkiwski says it's easy to be confused by mixed messages, especially on product labels. She wonders how many parents realize "no added sugar" doesn't mean "low sugar."

Ludwig also is critical of juice marketing efforts, saying parents are easily misled into thinking they are making healthy choices. He was particularly critical of one bagged juice beverage's claim that it "hydrates kids better than water."

"This is an example of how children's diets can be perverted by the unbridled actions of the food industry when it places private profit ahead of public health," he says.