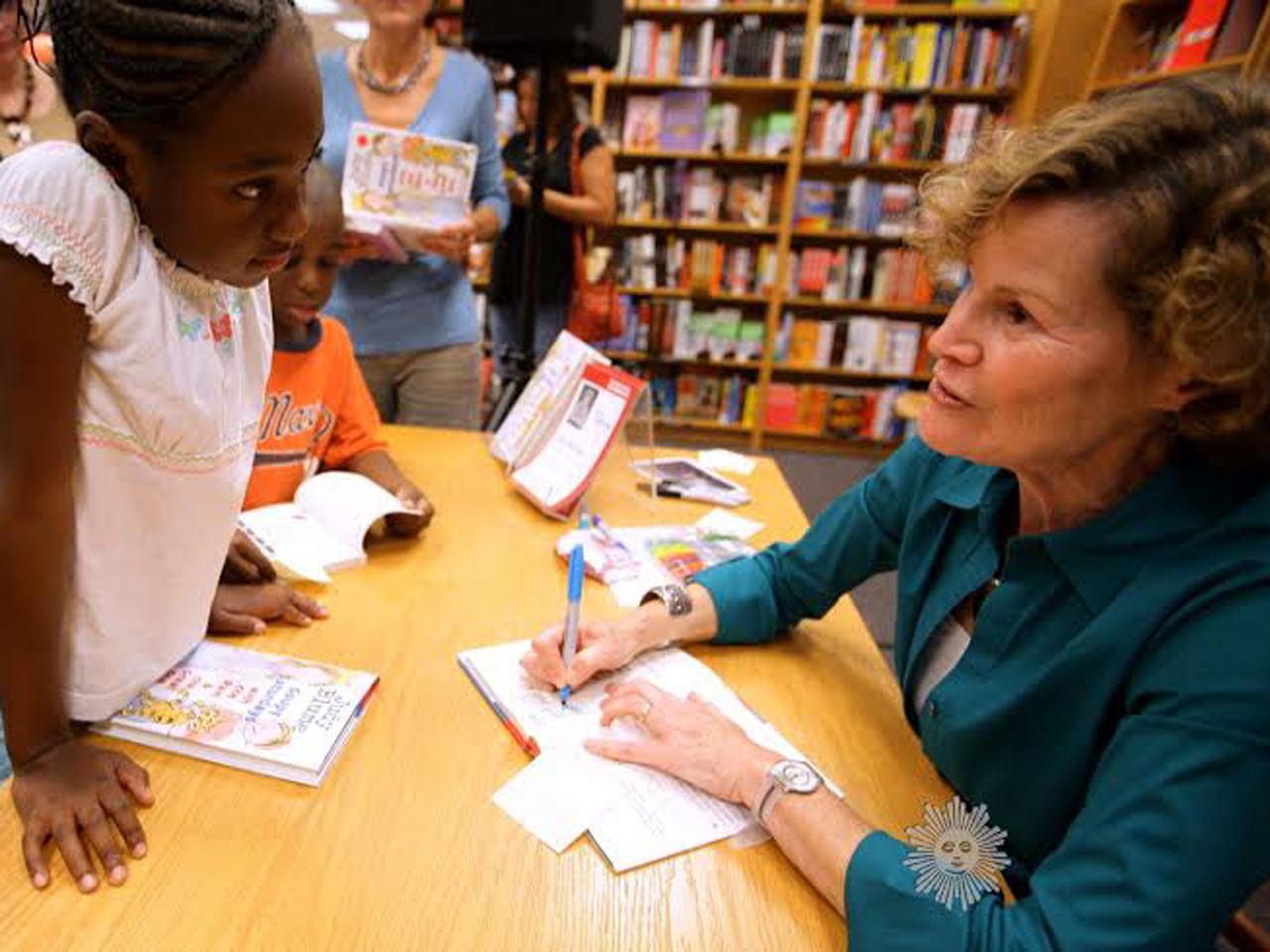 Read All About It! A renowned author of fiction aimed at adolescents has written a novel about her own youth. Her name is Judy Blume. Rita Braver caught up with Blume on her home turf:

Judy Blume grew up in Elizabeth, New Jersey, a girl who never dreamed that she would become a pioneering author, writing groundbreaking books for and about adolescents struggling to make sense of everything from puberty to budding sexual desire.

"That's my sun parlor. That's where I used to make out when I was a teenager," Blume said, taking Braver on a tour of her old neighborhood.

"I remember so clearly, those years in my own life. And I was interested in puberty long before it happened to me. I was late. I was a late developer. I'm still waiting."

In fact, she says, she felt compelled to write about subjects that had often been taboo.

"I wanted to be honest. And I felt that, you know, no adult had ever been honest with me. We didn't have the information that we should have had."

But now she is interested in another aspect of her youth: real events that unfolded when she was just 13, right here in Elizabeth, N.J., beginning in December 1951.

"You know, it must have been buried so deep inside me, because I lived through it -- three planes fell out of the sky in 58 days," she said.

That's right: Three horrifying plane crashes, all in and out of neighboring Newark Airport:

Later, federal authorities would determine logical explanations for each crash. But in the beginning, Elizabeth was a terrified and confused town.

Some even thought it was the Russians, coming in the early years of the Cold War.

"You know, when you're scared like that, when something crazy is happening, you feel better coming up with an explanation."

He rnew book, "In the Unlikely Event," is Blume's fictionalized account of the impact of the crashes on Elizabeth. Though aimed at adults, it still touches on some of Blume's profound and familiar themes of youthful anxiety, including a young girl's questions about how God could let such terrible things happen.

"And her mother says to her, 'Well, it's not God's job to decide what happens; it's his job to help you through it,'" said Blume. "And then of course, her mother goes off and thinks to herself, 'If only I believed that, if only that were the way it really worked.' But she says, 'What was I supposed to tell my daughter, when she asked me if I believed in God?'"

Born in 1938, the daughter of a dentist and a homemaker, Blume studied to become a teacher. But there was another agenda, too.

"You married while you were still in college?" asked Braver.

"I did, I mean, that was my job, too," said Blume. "'Go to college and get a degree and meet someone while you're there.' This was my mother talking."

Soon she had two children. But needing a creative outlet, she began trying to get her books published. She experienced two years of rejections.

"Which isn't that bad when you think about it," she said. "I cried the first time. And then I didn't, because determination is what gets you through."

She broke through in 1969. Now, with more than 80 million books sold and several generations of devoted fans, Blume spends most of her time in Key West, with her third husband, retired attorney George Cooper. They were set up when she lived briefly in New Mexico.

"We got together for dinner one night," George recalled, "and two days later I was living in the house. And that was 35 years ago!"

But Blume's life has NOT been a fairy tale. The 1980s brought attempts to ban her books from some schools because of frank depictions of teenage sex and other controversial issues in works like "Forever."

She battled back. But then in 2012, another struggle, this time with breast cancer. Now, after a mastectomy and reconstructive surgery, she can even joke about it.

In fact, at age 77, Judy Blume says if there's one thing her books (especially her latest) have taught her, it's the lesson of human resilience.

There's joy in life, even after terrible things happen," she said. "Terrible things do happen. We can't predict when or what. But we're humans, and we go on."


READ AN EXCERPT: From "In the Unlikely Event" by Judy Blume