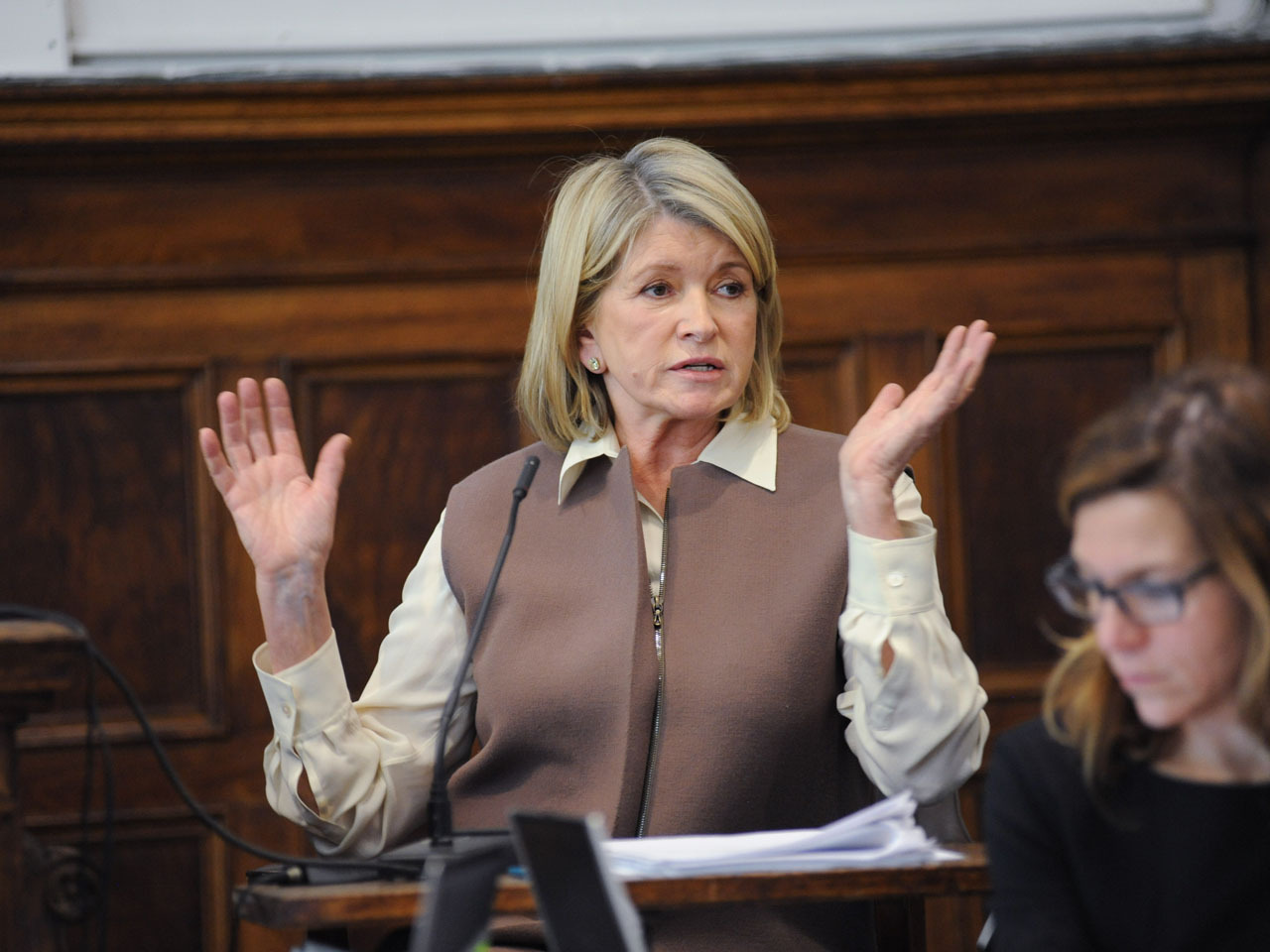 NEW YORK Attorneys for J.C. Penney (JCP) and Macy's (M) are set to be back in court Thursday after a three-month break to present closing arguments in a contract dispute over a partnership with the Martha Stewart brand.

Oing's expected decision caps a closely watched trial that began in February but continued in fits and starts because of vacation schedules and other interruptions. At one point in March, Oing ordered the parties into mediation, but that went nowhere.

5 problems with a $22 trillion national debt

The case centers on whether Macy's Inc. has exclusive rights to sell certain merchandise, including bath items and kitchenware. The trial featured testimony from Macy's CEO Terry Lundgren, former Penney CEO Ron Johnson, and Martha Stewart herself. Johnson appeared on the stand just a month before he was fired as Penney CEO, 17 months into his tenure.

Cincinnati-based Macy's Inc. sued Penney and Martha Stewart Living Omnimedia Inc. for violating an exclusive deal between the home maven and Macy's when Penney signed its own merchandising pact with Martha Stewart in December 2011.

Macy's had signed a long-term exclusive contract with Martha Stewart in 2006. As part of the deal, Penney also had plans to open Martha Stewart mini-boutiques in its stores.

The stakes are high for all three players, but particularly for Penney, which has been counting on a revamped home area launched this spring to help it rebound from a disastrous year.

The company amassed nearly a billion dollars in losses and its revenue dropped 25 percent for the fiscal year that ended Feb. 2 as a transformation plan spearheaded by Johnson built around a new pricing and merchandising strategy failed. Losses and sales drops continued into the first quarter.

Penney's board brought back former CEO Mike Ullman, who has reintroduced frequent sales events and basic merchandise that Johnson eliminated in a failed bid to attract trendier, wealthier customers. But while traffic is improving, analysts believe business is still slow.

Even the home area, which was Johnson's project and features a slew of trendy new names like Jonathan Adler and Michael Graves, has failed to resonate with shoppers, analysts say.

A new round of worries about Penney's financial situation cropped up Wednesday after a report that CIT Group Inc., the largest lender in the clothing industry, has stopped providing financial support to small and large suppliers selling to Penney stores for now. Penney said Wednesday that the report was untrue and that CIT backed shipments for less than 4 percent of its merchandise anyway.

In July 2012, Macy's won a preliminary injunction against Martha Stewart Living that would prevent it from selling Martha Stewart branded housewares and other exclusive products at Penney. A month later, the judge granted permission for Penney to open Martha Stewart shops as long as the items under exclusive contract with Macy's are not sold.

Penney went ahead and ordered goods designed by Martha Stewart in the exclusive categories but sidestepped the preliminary ruling by labeling them JCP Everyday. Macy's tried to get the judge to halt the sale of the JCP Everyday goods until he made his final ruling, but he declined and allowed Penney to sell the goods that were already made.

The JCP Everyday collection hit the stores in May. As part of the final ruling, Oing will decide whether Macy's contract does cover exclusivity in designs even if the items don't carry the Martha Stewart name.

Anthony Michael Sabino, a professor at St. John's University's Peter J. Tobin College of Business, said he can't predict how the judge will rule, but he said that his bet is that Oing is "85 percent sure where he is going." He says he believes the judge will issue his decision in the next few days.