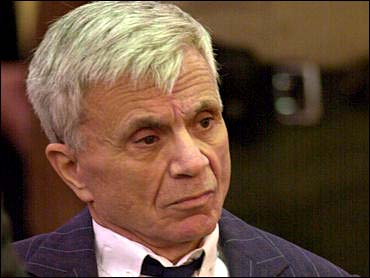 A judge granted Court TV access to the preliminary hearing of actor Robert Blake, who is accused of killing his wife two years ago.

Neither prosecutors nor Blake's defense attorney, Thomas A. Mesereau Jr., opposed televising the hearing, scheduled for Feb. 26. Live coverage will be provided by Court TV to other media outlets.

Court TV officials said they plan to provide as much live coverage of the Blake murder case as they can.

That interview came after two of Blake's defense attorneys quit his case as they disagreed with their client over whether he should grant any TV interviews.

In a videotaped deposition last month, Blake said that from the day he was arrested his lawyers told him to remain silent.

"I don't know any more about criminal law than I do about brain surgery," the actor said. "I was told to shut up and I did."

The decision was so bad that it's surprising Blake hasn't lost yet another defense attorney over it, said CBSNews.com Legal Analyst Andrew Cohen. There is virtually nothing Blake can say or do during a television interview that can help him get a better result at trial — and there are about a hundred potential traps for him that could get him into even more trouble than he's already in.

Blake had tried to set up interviews with Walters and Diane Sawyer for months, despite the objections of his defense attorneys. Harland Braun and Jennifer L. Keller both resigned from the case after Blake continued pursing the interviews.

Mesereau Jr., said he would stand by Blake even though he strongly disagrees with his client's decision. He said he empathized with Blake's desire to speak out.

"He's an innocent man and I'm going to defend him," Mesereau said Monday. "I am concerned, however, that prosecutors will try to take what he says out of context and manipulate and misconstrue his statements."

Blake, 69, the former "Baretta" 1970s television star, has pleaded innocent to charges he murdered his wife, 44-year-old Bonny Lee Bakley, in May 2001.