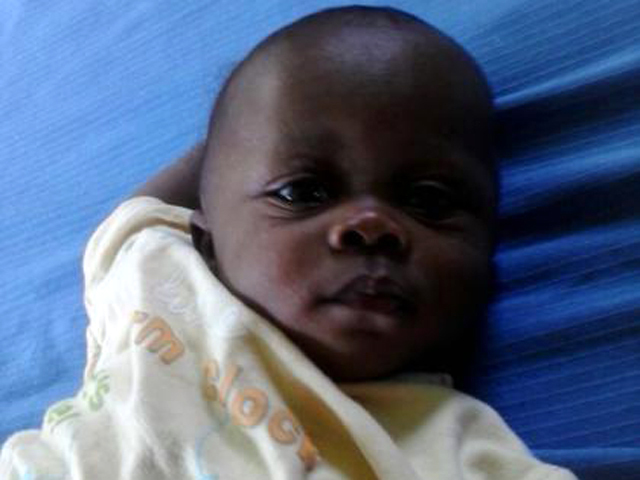 About 125 police officers and emergency workers are still looking for Joshua Summeries, who was reportedly abducted Wednesday morning. The rescuers were also using bloodhounds to scour the area for the baby.

According to CBS Chicago, the mother of the child has given police different stories on how the baby disappeared, initially claiming a man took the boy through a window.

Police are reportedly questioning the woman's boyfriend after she told investigators he went to quiet Joshua late Tuesday night.

The baby was reported missing by his mother, who was home when he disappeared.

Zion Police Chief Wayne Brooks reportedly said, "We think it's very suspicious. We're taking it very serious, and we absolutely believe that harm could have come to this child, and therefore we're going to keep at it."

A neighbor of the mother's child and her boyfriend told CBS Chicago the couple, "has fought non-stop" since they moved in earlier this month.

Investigators believe this was an isolated incident and that other Zion residents are not in danger.