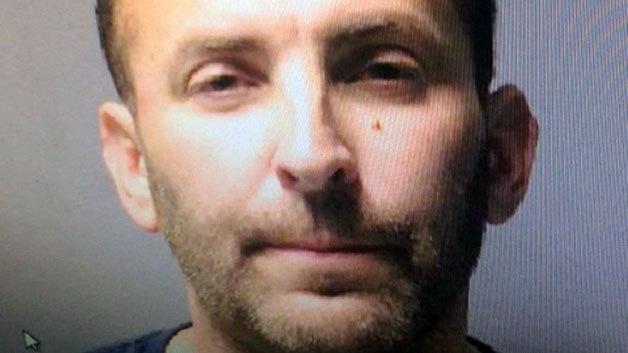 HOLLISTON, Mass. -- A 40-year-old man is facing up to ten years in prison for allegedly stockpiling weapons, ammo, and incendiary material and threatening to use them against President Obama, Homeland Security officers, and Muslims, the U.S. Attorney’s office said Monday.

CBS Boston reports that Joseph Garguilo was arrested Saturday morning and charged with being a prohibited person in possession of ammunition.

Since he had an active restraining order against him out of Wrentham District Court, the U.S. Attorney’s office said, he is not allowed to possess firearms or ammunition.

According to the FBI, a search of Garguilo’s Holliston home found a “weapons trove,” as well as handwritten notes in which Garguilo threatened to attack Muslims.

The FBI says Garguilo was stockpiling mace guns, hunting knives, and the incendiary compound thermite, and that he was gathering parts to build an AR-15 rifle. They said he does not have a firearms identification card, or a license to carry firearms in Massachusetts.

A law enforcement source told CBS News senior investigative producer Pat Milton that the FBI are going through Garguilo’s computers and other information to gather additional evidence and try to determine if and what his plans were.

According to documents filed in support of the warrant that led to the search, a tipster told the FBI via their website that Garguilo said “he will plant bombs in police stations … and kill as many homeland security officers as he can before they kill him.”

He also allegedly said he wanted to “chain a mosque closed and burn it down,” though he did not mention a specific location or time for such an attack.

The FBI said another person told them Garguilo spoke of wanting to attack a mosque and/or kill President Barack Obama, and that Garguilo made a remark that he should have attempted to kill the president when he was golfing on Martha’s Vineyard.

The affidavit states that person told the FBI, “Honest to god, I think he’s gonna snap.”

The FBI said their investigation into Garguilo began in July.

He was due to be arraigned in U.S. District Court in Boston at 2:30 p.m. Monday.