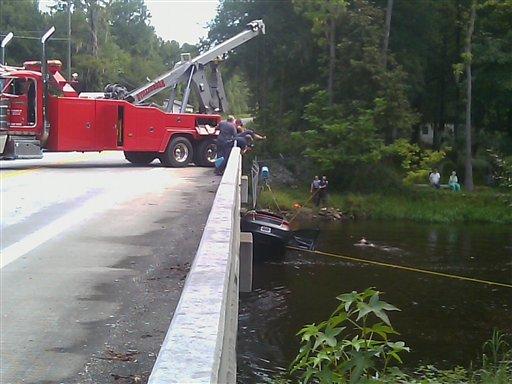 Welch, a founding member of the multi-platinum band, and about 20 other white-robed Christian pilgrims from a Bakersfield, Calif., church were immersed by their pastor, Ron Vietti.

Welch said the ritual baptism had washed away his anger. "You know when you get angry and it builds up? I felt like hurting someone before, now I feel like hugging people," he said.

Vietti said Welch -- who has "Jesus" tattooed across his knuckles and "Matthew 11:28," tattooed prominently across his neck -- is already attracting a new group of young people to the message of Christianity.

"In recent weeks people have committed their lives to God because they're so inspired by his story," Vietti said.

Korn announced Welch's resignation last month after 13 years with the band. Welch said he had become increasingly depressed and drug-addicted in recent years, but that religion helped him quit.

He said he plans to release more music without the band.

"My songs are God saying things to me, him talking to people. He's going to use me to heal people and people are going to be drawn to it, just watch, they will be," he said.

Thousands of pilgrims are baptized annually in the Jordan River where, according to Biblical tradition, John the Baptist baptized Jesus.