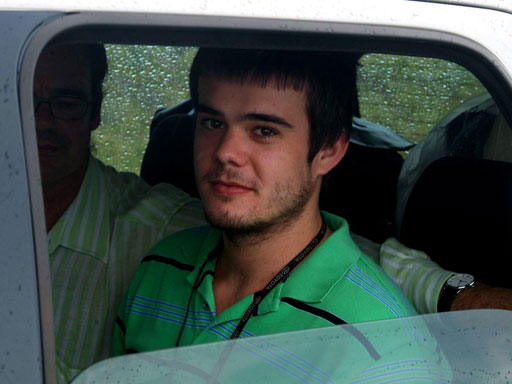 (CBS/AP) LIMA, Peru - Nearly seven years after he became the prime suspect in the disappearance of Alabama teen Natalee Holloway, Joran van der Sloot will go on trial Friday for the murder of a 21-year-old Peruvian woman.

Van der Sloot, 24, is charged with killing Stephany Flores in his Lima hotel room on May 20, 2010, five years to the day after Holloway disappeared in Aruba.

Authorities say Van der Sloot confessed to killing Flores, saying he became enraged when she discovered his connection to Holloway. His attorney says the confession should be voiced because the defense attorney present was state-appointed and there was no official translator present.

Van der Sloot has been in custody since being arrested in Chile days after Flores' death. Prosecutors are seeking a 30-year prison sentence.

The defendant, who has described himself as a pathological liar, has given several jailhouse interviews to media. The Associated Press reached Holloway's mother, Beth Holloway Twitty, by telephone on Thursday and she said she no comment on the trial. Van der Sloot has been indicted by U.S. officials for allegedly extorting $25,000 from Twitty after offering to lead her lawyer to Holloway's body.

Meanwhile, Van der Sloot's attorney is expected to argue that his client killed Flores while in a state of emotional distress and that the charge should be simple homicide instead of first-degree murder.

"The killing was impromptu. There was no planning to carry it out," Jimenez said.

Lawyers for Flores' family will try to show that Van der Sloot killed her to steal money she won at the casino.

In his confession, Van der Sloot said he and Flores planned to play Internet poker at the hotel where he was staying and that while they were playing, his computer received an instant message with his links to the Holloway case. He said Flores then struck him and he became enraged and strangled her.