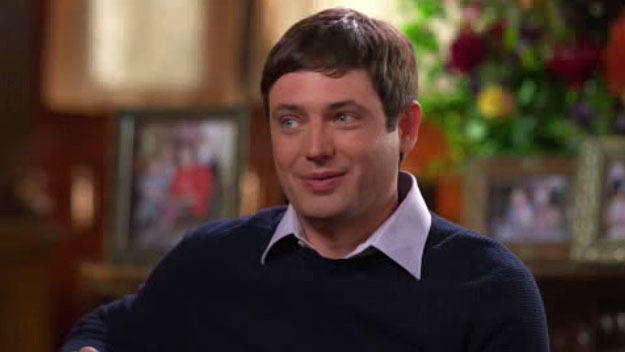 FT LAUDERDALE – The case of JonBenet Ramsey is one of America’s most famous and mysterious cold cases.

Now, 20 years after her murder, CBS Miami reports JonBenet’s brother Burke Ramsey is breaking his silence and giving his first interview ever to Dr. Phil which will air Monday, September 12th.

JonBenet Ramsey was a 6-year-old child beauty queen when she was brutally murdered inside her family’s Colorado home on Christmas in 1996.

Burke, who was 9 years old when his sister died, told Dr. Phil he felt it was time to talk about her death two decades after the media first swarmed onto that quiet street in Boulder, Colorado.

“For a long time the media basically made our lives crazy. It’s hard to miss the cameras and news trucks in your front yard and we go to the supermarket sometimes and there would be a tabloid with my picture, JonBenet’s picture plastered on the front or they would follow us around,” said Ramsey. “Seeing that as a little kid is just kind of a chaotic nightmare, so I was pretty skeptical of any sort of media, it just made me a very private person. As to what I’m doing now, it’s the 20th anniversary and apparently still a lot of tension around it, I guess I kind of wanted to make it about remembering her and not just another news story.”

Despite being cleared by DNA evidence, many people still speculate that JonBenet’s parents or her brother Burke, the only ones in the home that night, could be responsible for the little girl’s death.

Burke admitted, “I know people think I did it; that my parents did it.” For the first time he revealed what he says happened the day his sister was found dead in their basement.

“The first thing I remember is my mom bursting into my room really frantic saying ‘Oh my gosh, oh my gosh,’ running around my room, now, I know, looking for JonBenet,” said Ramsey.

Ramsey’s interview is part of a 3-part series airing on “Dr. Phil” on September 12th, 13th, and 19th. JonBenet’s father, John Ramsey, also speaks to Dr. Phil in what he says will be his final interview and the very last time he will comment publicly on his daughter’s murder.