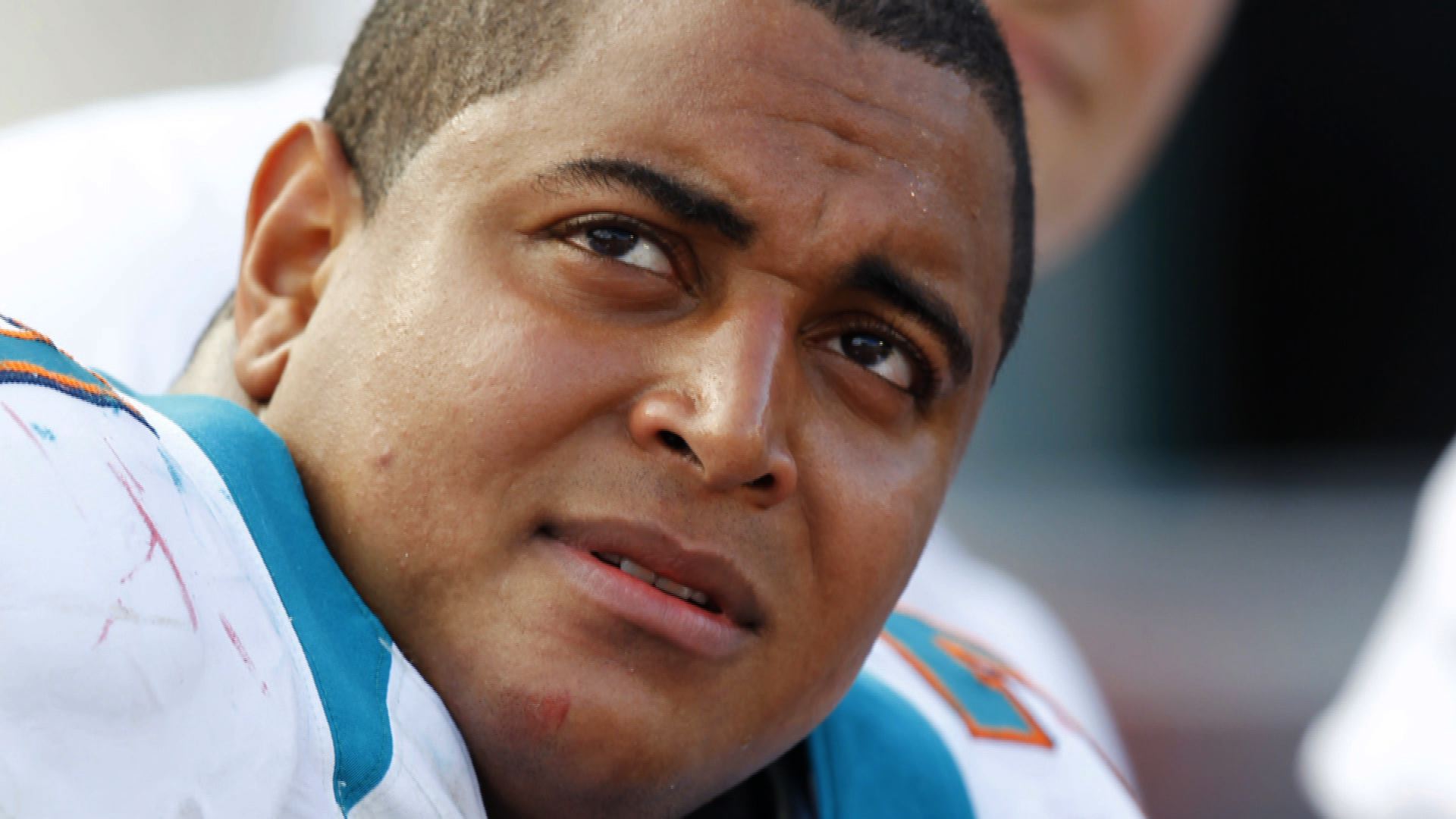 The allegations were made in a statement Thursday night by David Cornwell, hired this week as Martin's attorney.

"These facts are not in dispute," Cornwell said.

Martin, upset by treatment he considered abusive, left the Dolphins last week. His agent then complained to the Dolphins, who suspended guard Richie Incognito.

The NFL is investigating whether Incognito harassed or bullied Martin, and whether their teammates and the organization mishandled the matter.

Cornwell is a lawyer who has represented the NFL and several prominent players, including Pittsburgh Steelers quarterback Ben Roethlisberger. He was a candidate in 2009 to become executive director of the NFL Players Association, a job that went to DeMaurice Smith.

"For the entire season and a half that he was with the Dolphins, he attempted to befriend the same teammates who subjected him to the abuse with the hope that doing so would end the harassment," the statement said. "This is a textbook reaction of victims of bullying. Despite these efforts, the taunting continued.

"Beyond the well-publicized voice mail with its racial epithet, Jonathan endured a malicious physical attack on him by a teammate, and daily vulgar comments such as the quote at the bottom. These facts are not in dispute.

"Eventually, Jonathan made a difficult choice. Despite his love for football, Jonathan left the Dolphins. Jonathan looks forward to getting back to playing football. In the meantime, he will cooperate fully with the NFL investigation."

The Dolphins and Incognito's agent didn't respond to requests for comment on Cornwell's statement.

Some say Martin, a Stanford graduate who went about his business quietly, handled the situation well. But pro football is a macho world, and some players believe Martin should have responded more firmly.

"Is Incognito wrong? Absolutely. He's 100 percent wrong," New York Giants safety Antrel Rolle said. "No individual should have to go through that, especially in their workplace.

"But at the same time, Jonathan Martin is a 6-4, 320-pound man. I mean, at some point and time you need to stand your ground as an individual. Am I saying go attack, go fight him? No. I think we all understand we can stand our ground without anything being physical."

"Jonathan Martin's toughness is not at issue," Cornwell said. "Jonathan has started every game with the Miami Dolphins since he was drafted in 2012. At Stanford, he was the anchor for Jim Harbaugh's 'smash mouth' brand of football and he protected Andrew Luck's blind side.

The issue is Jonathan's treatment by his teammates."

They've been less passionate in their support of Martin, saying he and Incognito behaved like best friends.

"They did a lot of stuff together," tackle Tyson Clabo said. "So if he had a problem with the way he was treating him, he had a funny way of showing it."

Martin is with his family in California to undergo counseling for emotional issues.

A senior partner in a New York law firm was appointed by NFL Commissioner Roger Goodell to investigate possible misconduct and prepare a report.

CBSSports.com NFL Writer Will Brinson asks, "Have you had enough of the Jonathan Martin-Richie Incognito saga yet? Too bad. It's not going anywhere, especially with the explosive statement released Thursday by David Cornwell. ... Cornwell's clearly not afraid to stir things up and he's done just that with his Thursday statement about Martin's situation."

The alleged bullying saga engulfing the Dolphins has shed a light on how damaging perceptions can be in the violent world of the NFL.

A Pittsburgh native, Martin is the son of Harvard graduates and his great grandfather also graduated from the school in 1924. At Stanford, he protected Andrew Luck's blind side, and also majored in the classics.

Taken in the second round of the 2012 draft, Martin has what it takes physically to be an NFL player - size, skill, athleticism, intelligence. He won praise from the Dolphins for his diligent study of game and practice video.

But while he has been a starter since the first game of his rookie season, Martin developed a reputation in the NFL for lacking toughness. That impression might have been reinforced by the way he handled his issues with Incognito, current and former teammates acknowledge.

"A lot of people might look at Jonathan Martin and think that he's soft because he stepped away from the game, and say, 'Why don't you just fight him?"' said Seattle Seahawks receiver Doug Baldwin, who played with Martin at Stanford. "Well, if you look at it with common sense and being logical, what options did Jonathan Martin have?

"He could fight Richie Incognito. He could go and tell on the players, which we know in the football locker room doesn't go over too well. Or he could remove himself from the situation and let the proper channels take care of itself. And I think he made the intelligent, smart choice without putting himself or Richie Incognito's physical abilities in danger."

Houston Texans Antonio Smith, who has accused Incognito of dirty play since they went against each other in college, said Martin should have responded more forcefully. Smith drew a three-game suspension this year for taking Incognito's helmet and hitting him during an exhibition game.

"I don't think that, in my opinion, a grown man should get bullied," Smith said. "And I think that if you're realistically getting bullied, there's only one way my mom taught me and my dad taught me how to get rid of bullies. They used to always say, 'You hit a bully in the mouth. It will stop him from bullying, no matter what you hit him with.'"

Incognito's harassment of Martin included text messages that were racist and threatening, two people familiar with the situation have told The Associated Press. Incognito is white, while Martin is biracial.

Two other people familiar with the situation have said Martin talked of quitting football earlier in his pro career before leaving the Dolphins. One person said Martin considered giving up the sport because of the way he was being treated by other offensive linemen on the team. The person added that Martin now wants to continue his football career.

The Dolphins (4-4) play for the first time since the scandal broke Monday night at Tampa Bay (0-8). At least 75 reporters and cameramen tracking the case were in the locker room after Thursday's practice, but receiver Brian Hartline said the scrutiny won't prevent the team from playing well.

"It almost heightens your awareness," he said. "You know it's going to take away from your focus, so it does the exact opposite. You overcompensate to make sure you stay aware of the game."