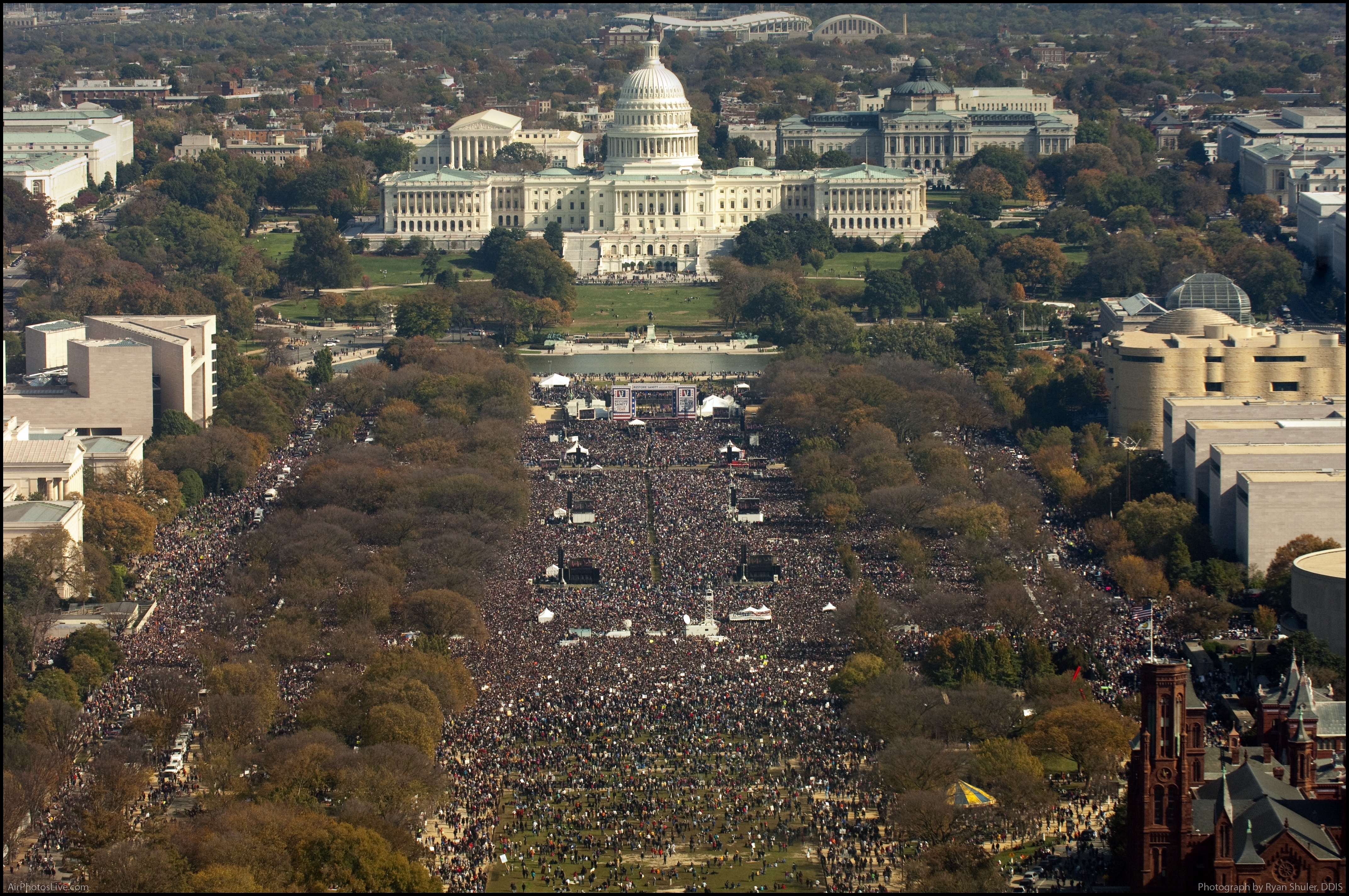 An estimated 215,000 people attended a rally organized by Comedy Central talk show hosts Jon Stewart and Stephen Colbert Saturday in Washington, according to a crowd estimate commissioned by CBS News.

The company AirPhotosLive.com based the attendance at the "Rally to Restore Sanity and/or Fear" on aerial pictures it took over the rally, which took place on the Mall in Washington. It has a margin of error of plus or minus 10 percent. (See some of the pictures used to create the estimate here.)

CBS News also commissioned AirPhotosLive.com to do a crowd estimate of Glenn Beck's "Restoring Honor" rally in August. That rally was estimated to have attracted 87,000 people. Amid criticism from conservatives that the estimate was low, CBS News detailed the methodology behind it here.

TBD reported that because of the high turnout many would-be rally attendees retreated to bars to watch the event.

The National Park Service does not estimate crowds. The New York Times' Brian Stelter wrote on Twitter during the event that the Park Service privately told Viacom there were "well over 200,000" people at the rally, according to an executive.

Stewart joked during the rally that there were ten million people present and, in reference to the difficulty of making crowd estimates, solemnly promised to "count them all."

Comedy Central's permit for the event said it was expecting 60,000 people, though, as the Wall Street Journal notes, it ordered enough port-a-potties for 150,000.

Jon Stewart Rallies for Sanity -- and Against Cable News