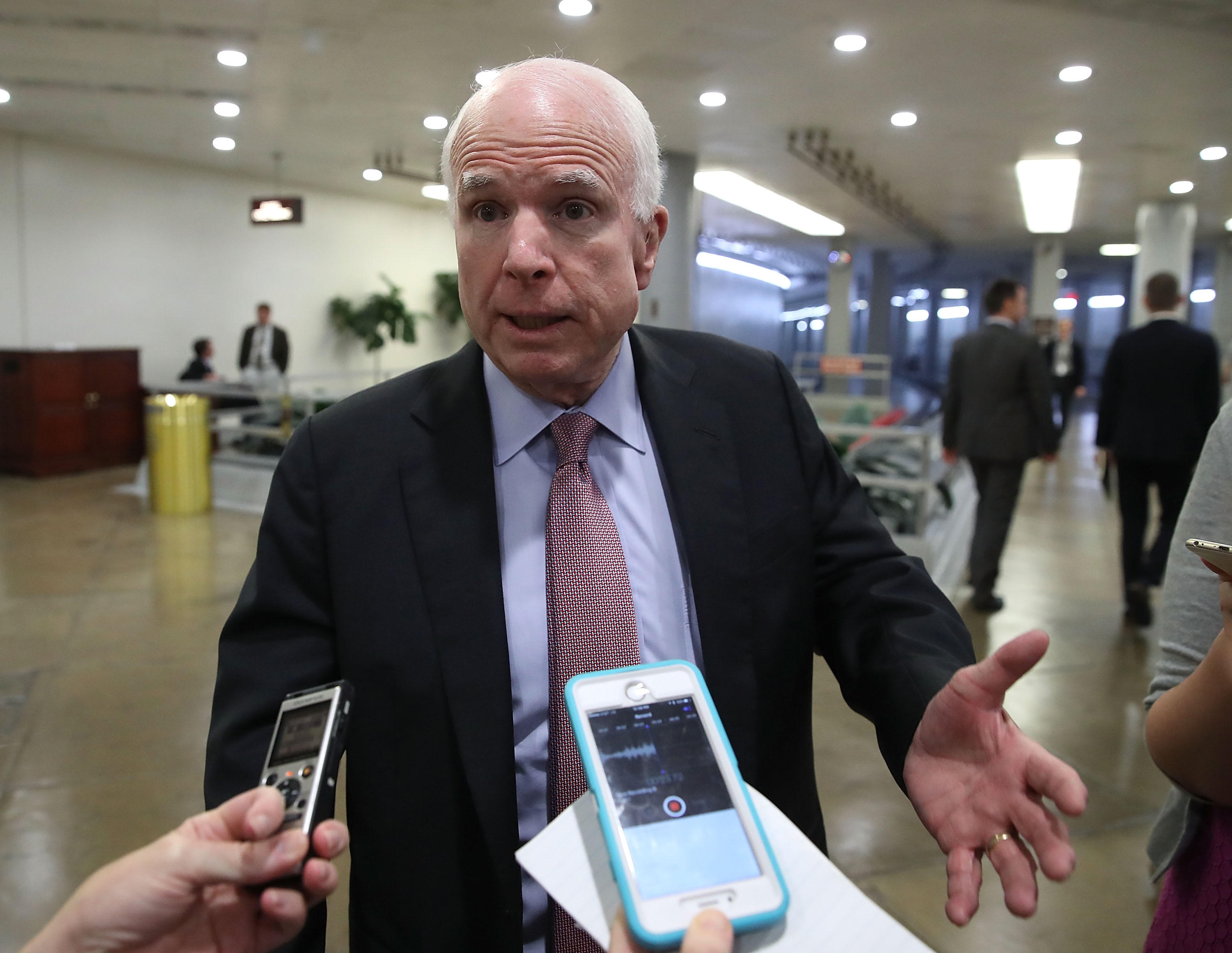 Sen. John McCain, one of the longest-serving senators, received messages of love and support from his colleagues on Capitol Hill after announcing Wednesday he has been diagnosed with a brain tumor.

McCain, one of the Senate's most powerful senators and the 2008 Republican presidential nominee, was long known as the "maverick" of the Senate and received messages from Democrats and Republicans alike.

In a statement, the White House said President Trump and first lady Melania Trump send their "thoughts and prayers" to McCain, his wife Cindy and their whole family.

Former President Obama, who defeated McCain in the 2008 presidential election, called McCain an "American hero" and wrote he is "one of the bravest fighters I know."

Former Vice President Joe Biden, who served in the Senate with McCain for more than 20 years, tweeted that McCain has been his friend "for 40 years" and "he will beat this."

Sarah Palin, McCain's running mate in 2008, wrote on Facebook that he is a "tough fighter" and wrote that her family "continues to lift John and his family up in prayer."

Former U.S. Rep. John Dingell, a Democrat served in the House of Representatives for 50 years, called McCain "a dogged ole S.O.B." and "tougher than a $2 steak."

"He has never shied from a fight and I know that he will face this challenge with the same extraordinary courage that has characterized his life," McConnell wrote.

Sen. Lindsey Graham, a longtime fellow member of the Senate Foreign Relations Committee, said after a meeting to discuss health care that "this disease has never had a more worthy opponent."

Republican House Speaker Paul Ryan called McCain a "warrior" in a statement, saying "all of us, not as Republicans or Democrats, but as Americans, are behind him."

2016 Democratic presidential nominee Hillary Clinton, who also served in the Senate with McCain, tweeted a statement calling McCain "as tough as they come."

U.S. Rep. Steve Scalise, who is recovering from a gunshot wound, tweeted that he is "praying" for McCain, "one of the toughest people I know."

Also sending out a statement is former President George H.W. Bush, saying that McCain and his family will face this health challenge with "courage and determination."

"The Hanoi Hilton couldn't break John McCain's spirit many years ago, so Barbara and I know -- with confidence -- he and his family will meet this latest battle in his singular life of service with courage and determination," the statement read.