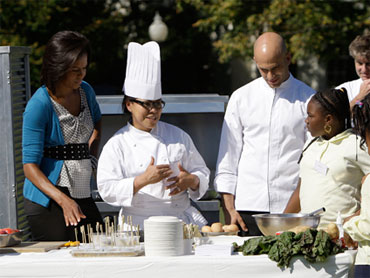 The white, two-piece suit John Lennon wore on the cover of the Beatles' "Abbey Road" album will be among items auctioned in Connecticut less than a month after the 30th anniversary of the singer-songwriter's death.

The suit, wool-blend suit was custom-made for Lennon by Ted Lapidus, reports The Hour newspaper. In addition to his Abbey Road outfit, the blazer Lennon wore in the "Imagine" music video and a 1972 Chrysler station wagon that once belonged to Lennon and Yoko Ono are among the other memorabilia being auctioned by Braswell Galleries in Connecticut on New Year's Day.

Auction house co-owner Gary Braswell tells The Hour newspaper that the suit's current owner decided to sell after experiencing some economic hardship. He did not disclose the seller's name.

"He used to tell me he had these suits, and I was kind of like, 'Yeah, right,'" Braswell said. "He started going through economic hardship, like many people, and decided to sell off . . ."

Braswell said he did know how much the wool-blend suit would fetch, but noted that the suit and blazer together sold for $120,000 in 2005.