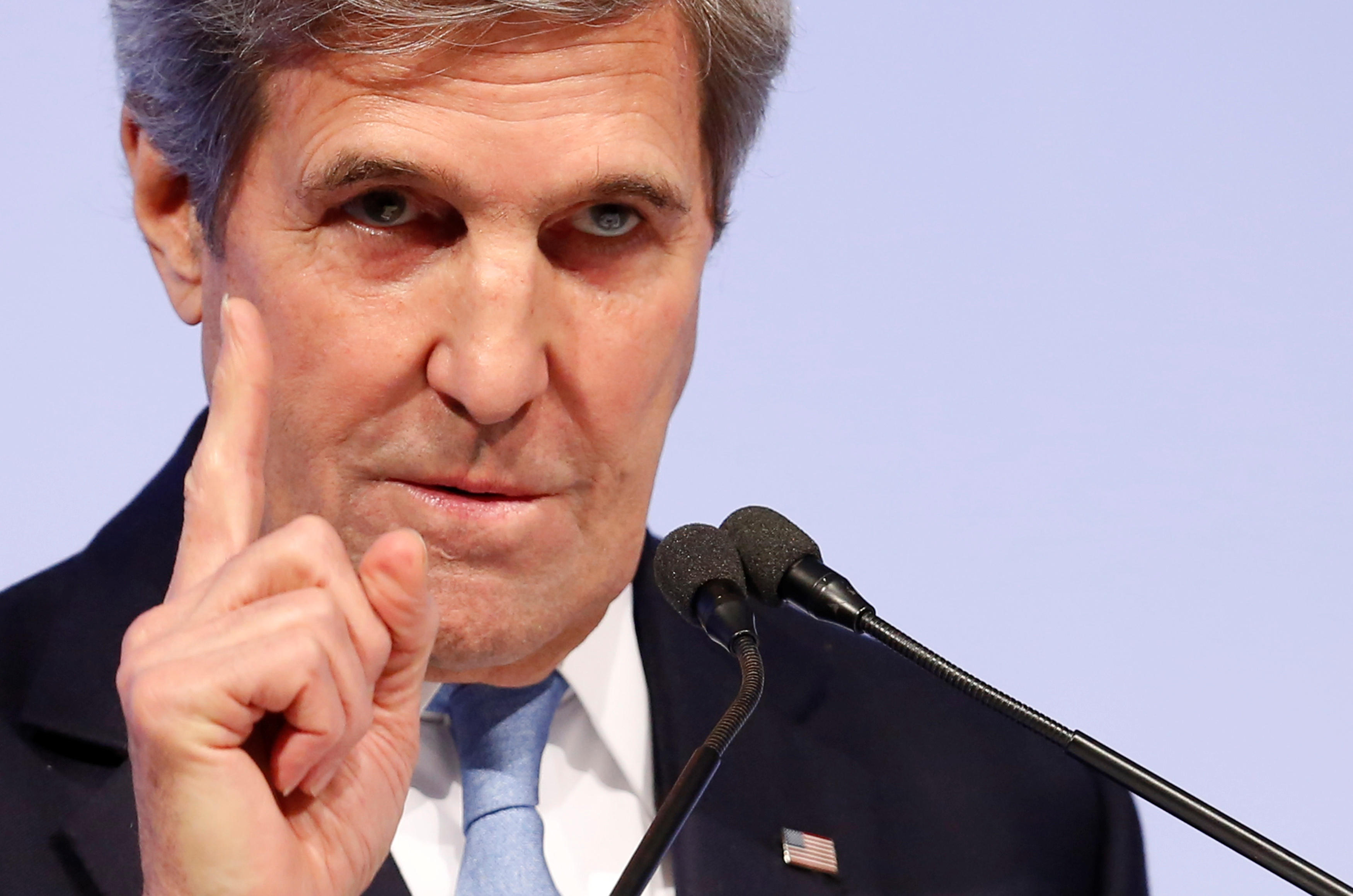 Hours earlier, Mr. Trump announced the White House "cannot and will not" certify Iran's compliance while the country violates the "spirit" of the 2015 agreement, and the president didn't rule out the possibility of exiting the deal in the future if necessary. The president's decision gives Congress roughly 90 days until the next certification deadline to come up with a legislative solution to Iran's nuclear and ballistic missile threats in a way that satisfies Mr. Trump.

Kerry was the country's top diplomat in 2015 when the U.S. entered into the Joint Comprehensive Plan of Action (JCPOA), better known as the Iran deal.

"President Trump's decision today is dangerous," Kerry said in a lengthy statement he posted to Twitter. "He's creating an international crisis. It endangers America's national security interests and those of our closest allies.

It's a reckless abandonment of facts in favor of ego and ideology from a president who would rather play a high-stakes game of chicken with the Congress and with iIan than admit that the nuclear agreement is working. I strongly hope that the other six signatories will prove to the world what responsible behavior is, and adhere to this agreement — no matter what false accusations and contrived provocations are put forward by President Trump."

Kerry went on to say the stakes are "enormous" for Congress, and unraveling the JCPOA would put into question whether the U.S. can be taken at its word.

"The president has polluted the negotiating waters and made it easier for legitimate concerns to be distinguished from back-door efforts to kill the deal," Kerry added. "What we've seen today lacks common sense and strategic thinking to say nothing of maturity. Congress now gets an opportunity to be the adult in the room and act in America's genuine national security interest. The country and the world really are watching."

The White House hopes Mr. Trump's approach will give Congress the chance to strengthen protections against Iran's nuclear ambitions, in addition to addressing its ballistic missile program and other threats. The administration also hopes to work with ally nations to create another agreement, alongside the JCPOA, that will address Iran's ballistic missile program and those in Iran who support terror organizations.

"I don't want to suggest to you that we give that a high chance of success, but there is an openness to talk about it," Secretary of State Rex Tillerson told reporters on Thursday, referencing the chances of reaching an additional agreement with partner nations. "So where do we start."