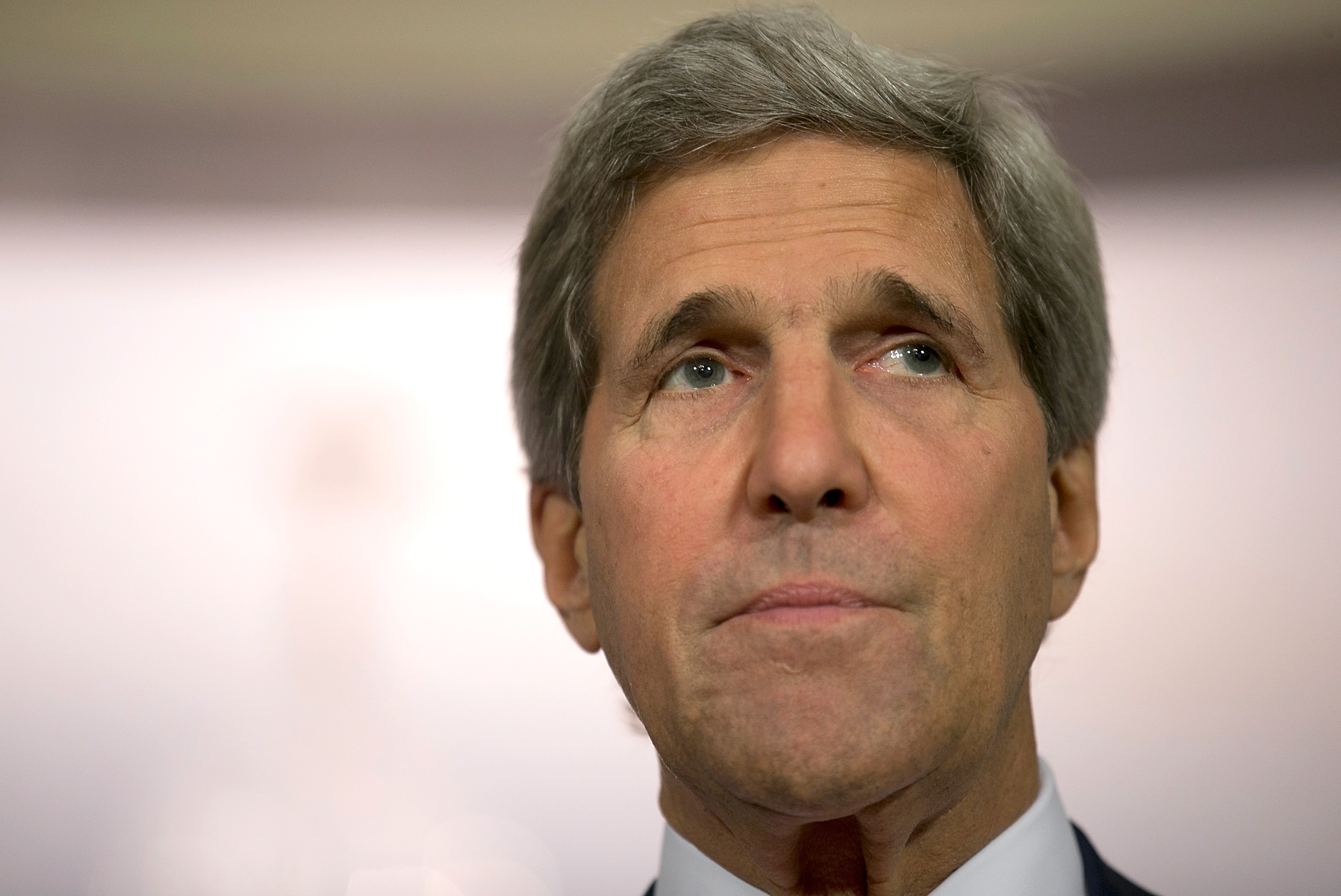 "Fox News Sunday" anchor Chris Wallace confronted Secretary of State John Kerry Sunday over private comments he made expressing frustration with Israel's invasion of Gaza that were caught on tape.

During a series of interviews for the network's Sunday political talk shows, Kerry paused to speak by phone with a top aide about the situation in Israel.

Wallace played the tape during his interview with Kerry and asked whether he was upset with the Israelis for going too far.

"It's tough to have this kind of operation. I reacted obviously in a way that, you know, anybody does with respect to young children and civilians," Kerry said.

"But," he added, "war is tough, and I said that publicly and I'll say it again. We defend Israel's right to do what it is doing in order to get at those tunnels. Israel has accepted a unilateral cease-fire. It's accepted the Egyptian plan which we also support."

As for Kerry's travel to the region, the White House announced Sunday that in a conversation with Israeli Prime Minister Benjamin Netanyahu, President Obama said he will be sending Kerry to Cairo "soon" to pursue a cease fire based on a 2012 agreement.

In a description of the call, the White House said that Mr. Obama "reaffirmed Israel's right to defend itself" but that he also "raised serious concern about the growing number of casualties, including increasing Palestinian civilian deaths in Gaza and the loss of Israeli soldiers."

The State Department was clearly unhappy about that Kerry's remarks were recorded and aired, but defended what he said.

"Given the range of important global events we are not going to spend time litigating whether taping and playing Secretary Kerry's private conversation was consistent with acceptable protocol," State Department spokeswoman Jen Psaki said. "Regardless, his private comments were consistent with his publicly stated view on all five shows: Israel has the right to defend itself including against recent tunnel attacks, but he has encouraged them to not only take steps to prevent civilian casualties, but to take steps to de-escalate and we're working together to achieve a cease-fire."