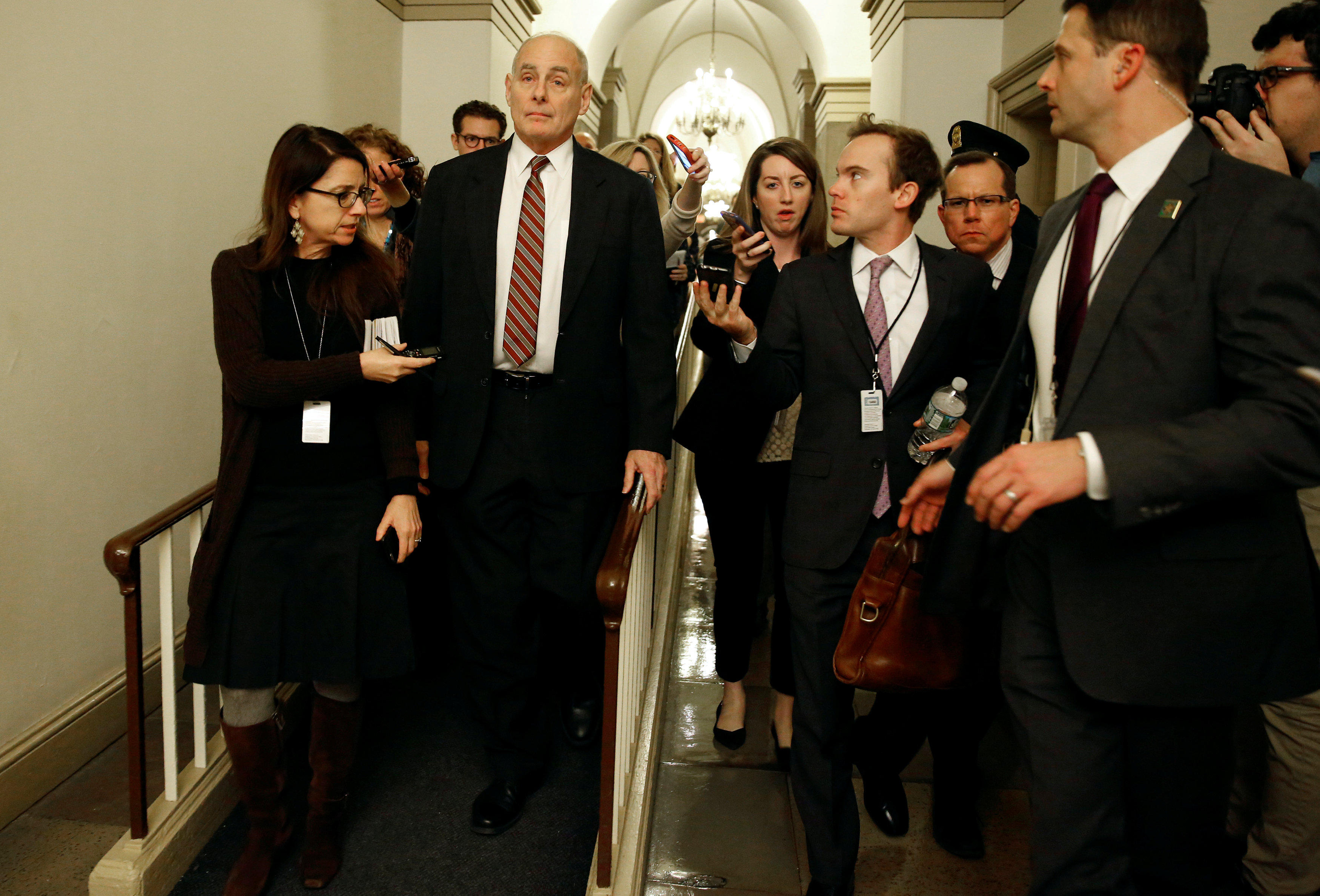 White House chief of staff John Kelly on Thursday outlined President Trump's demands on immigration, as Congress debates how to fund the government by Friday and find a compromise for immigrants who were brought to the U.S. as children.

Kelly told Fox News' Bret Baier on Wednesday that he believes Congress has the votes to pass a short-term spending bill and avoid a government shutdown Friday. Kelly spent much of Wednesday meeting with key congressional leaders on Capitol Hill.

But he does not think Congress will resolve DACA, broader immigration reform or other federal spending matters by the Friday deadline. Kelly also outlined where the president stands on DACA and immigration, which has been a confusing issue of late. Last week, Mr. Trump said he would support a clean bill to protect immigrants who came to the U.S. as children. But then the president said he would not support a DACA and immigration reform bill without funding for the border wall with Mexico.

Kelly told Baier the president wants 700 miles of border wall or fencing initially, which will cost about $20 billion in total. Kelly said the president's answer to reforming so-called "chain migration" -- in which family members are allowed to enter the U.S. -- is allowing only members of immigrants' nuclear families into the U.S. That means spouses and children, but not parents, he said.

Kelly also addressed a Washington Post report that emerged after his Wednesday meeting with the Congressional Hispanic Caucus Wednesday, saying Kelly called the president previously "uninformed" about how border security and wall funding could feasibly work. Kelly reportedly told those present at the Capitol Hill meeting that there will never be a wall spanning the entire 2,000-mile U.S.-Mexico border, something the president himself has acknowledged himself of late.

Kelly did not confirm or deny that he used the word "uninformed," but said rather that the president has "evolved" in his thinking. The president, Kelly said, "has evolved in the way he has looked at things. Campaign to governing are two different things and this president has been very, very flexible in terms of what is within the realm of the possible."

"No. Steve has had very, very little contact with the White House since he left," Kelly said.