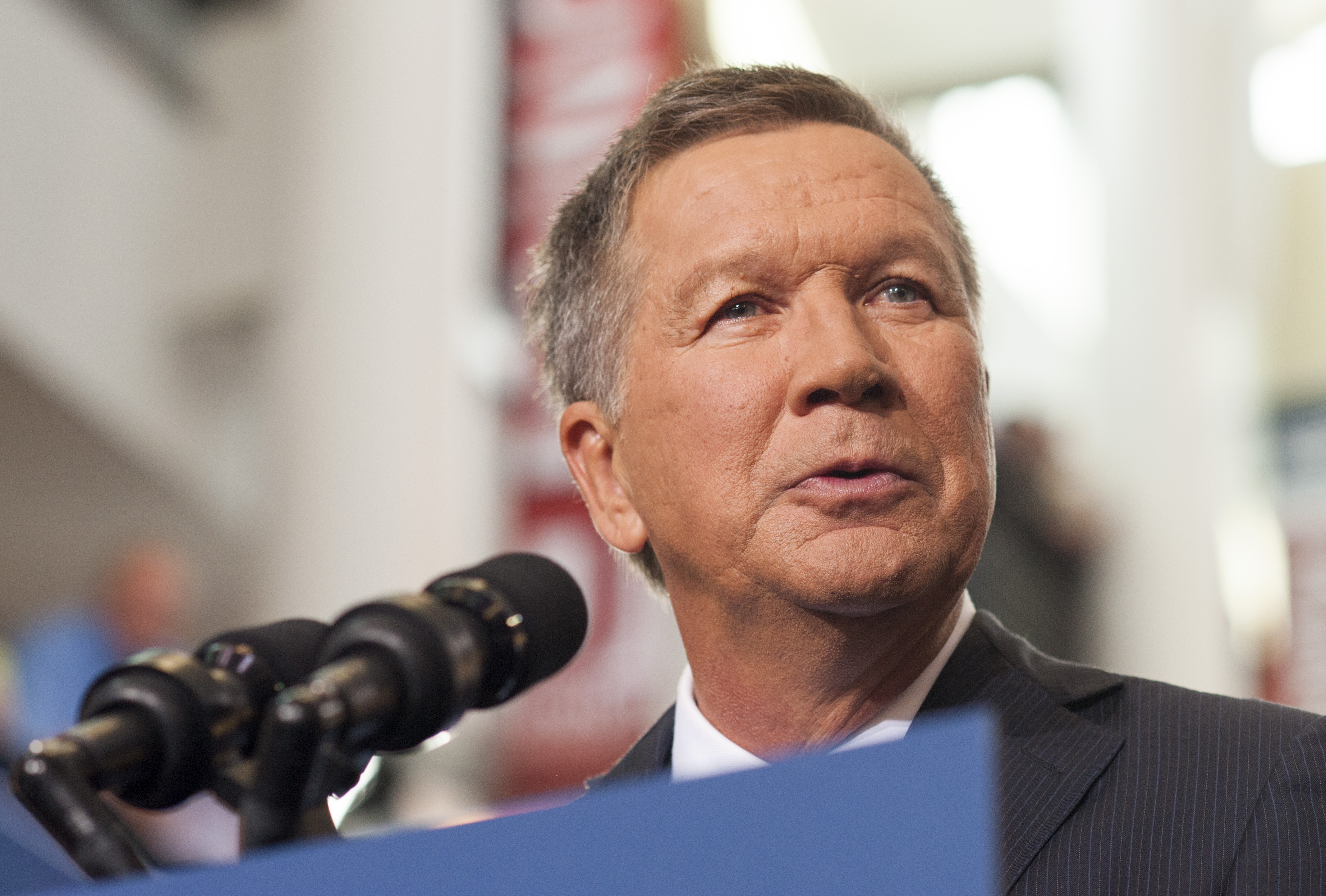 Despite her religious beliefs, Kim Davis -- the defiant Kentucky clerk who was jailed for refusing to issue marriage licenses to same-sex couples -- should follow the law, Republican presidential candidate John Kasich said Sunday.

"I respect the fact that this lady doesn't agree, but she's also a government employee," Kasich, who opposes same-sex marriage, said on ABC News' "This Week." "She's not running a church. I wouldn't force this on a church, but in terms of her responsibility I think she has to comply."

The Rowan County clerk was jailed Thursday after she refused a federal judge's order to start issuing marriage licenses to same-sex couples. Despite her confinement, Davis' attorney said "she has a clean conscience."

Though he disagreed with her refusal to issue licenses, Kasich said the fact that she was jailed was "just absurd."

"I don't like the fact that she's sitting in a jail -- that's just absurd as well," the Republican hopeful said. "But I think she should follow the law."

The Ohio governor joins several of the GOP 2016 candidates who have come out against Davis' decision not to comply with the law. Former tech executive Carly Fiorina said last week it was "not appropriate" for the clerk to deny same-sex marriage licenses because of her official capacity with the government. South Carolina Sen. Lindsey Graham and New Jersey Gov. Chris Christie also agreed that someone in the public sector has a responsibility to follow the law.

At least one presidential contender is defending Davis: former Arkansas Gov. Mike Huckabee, who also joined "This Week" to talk about the "overreach of the judiciary" when it came to same-sex marriage.

"Marriage is not defined in the federal Constitution at all; it's a matter for the states," Huckabee said in an interview. "And I think what we've seen here is the overreach of the judiciary. This, if allowed to stand without any congressional approval, without any kind of enabling legislation, is what Jefferson warned us about. That's judicial tyranny."

The former Baptist preacher has put together a petition to free Davis -- directed at President Obama and Attorney General Loretta Lynch -- and has said he plans to visit Davis at her Kentucky detention center. Huckabee intends to hold an "#ImWithKim Liberty Rally" in Grayson, Kentucky on Tuesday.