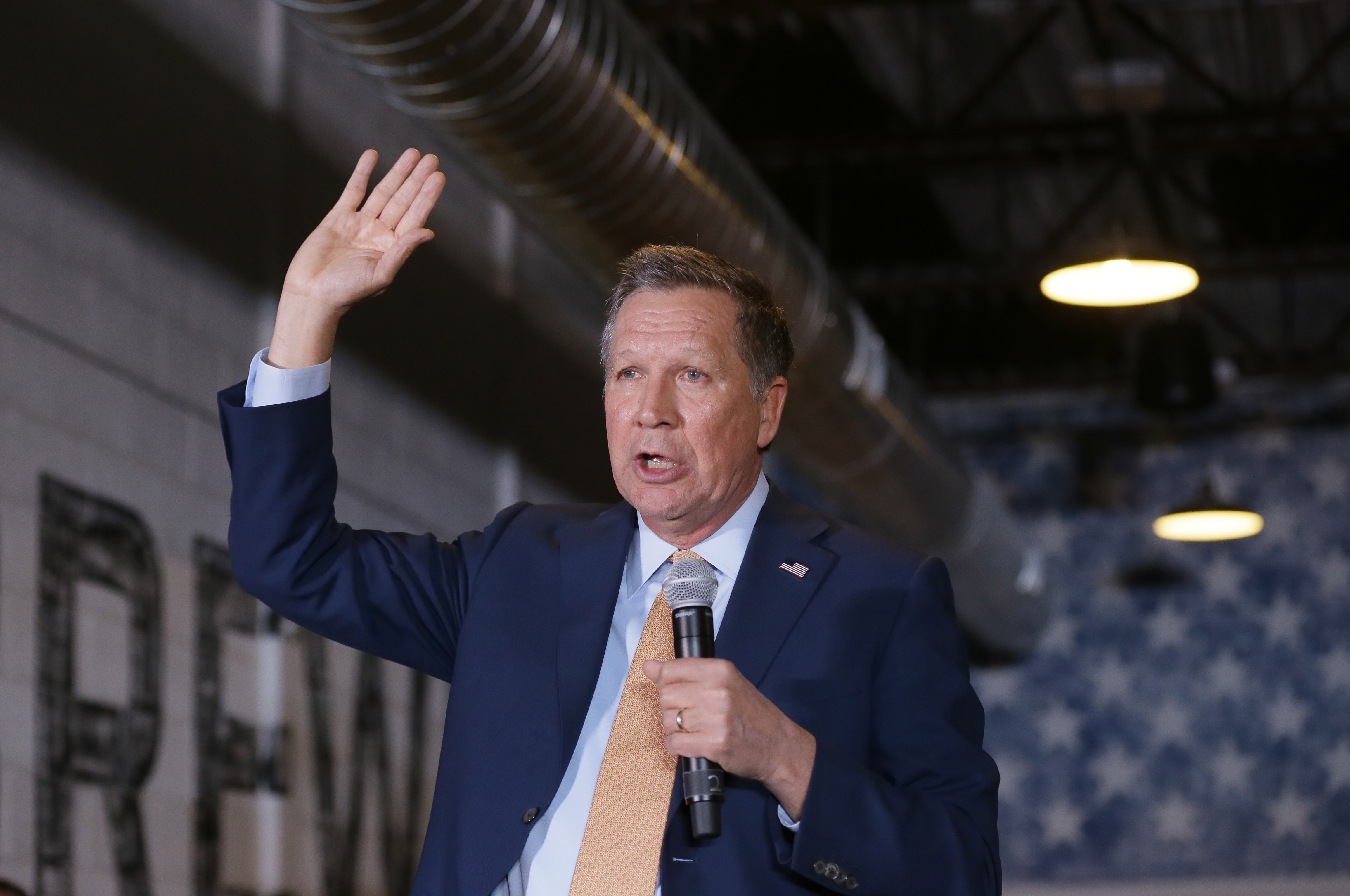 "You've been supporting conservative candidates," Kasich said Tuesday in comments on a Wisconsin radio talk show, first reported by BuzzFeed News. "They told you in 2014 that they were going to repeal Obamacare. Do you realize, that's just--that's a big joke?"

On "The Jay Weber Show," the talk show host agreed, saying that he believed at the time that it was a Republican "fallacy."

"It got all these conservatives all stirred up and angry because they didn't keep their word," Kasich said. "I mean, what a stupid promise."

Serving as Ohio's governor, Kasich expanded Medicaid coverage in the state under the Affordable Care Act -- to the anger of many Ohio Republicans.

In 2013, as the Ohio legislature was considering Medicaid expansion, Kasich relied on an appeal to compassion and faith in making his case.

"Put yourself in somebody else's shoes. Put yourself in the shoes of a mother and a father of an adult child that is struggling...Understand that poverty is real," he told reporters. "When you die and get to the meeting with St. Peter, he's probably not going to ask you much about what you did about keeping government small. But he is going to ask you what you did for the poor. You better have a good answer."

The GOP's failure to repeal Obamacare, however, isn't due to lack of trying: Congressional Republicans have held over 50 votes in an attempt to roll back the president's healthcare law.