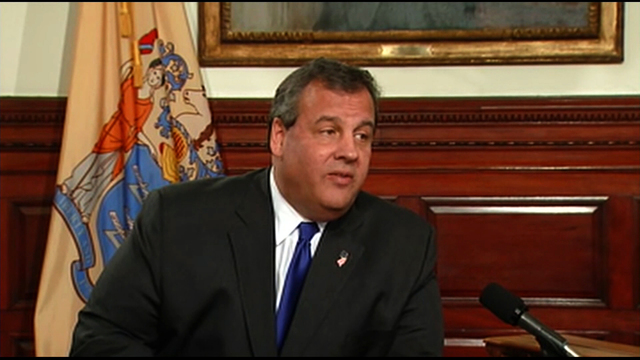 New Jersey Gov. Chris Christie faces serious questions after a series of emails and texts reveal a connection between his administration and traffic-inducing highway closures around the George Washington Bridge, perhaps arranged as political payback against a Democratic mayor who didn't support his reelection bid.

CBS News political director John Dickerson told the co-hosts of "CBS This Morning," to expect some heads to roll within Christie's administration. "I think you are likely to see probably firings. I think you're likely going to see a buck stops here moment from him (Christie) -- taking responsibility for this."

Emails from August reveal discussions between Bridget Anne Kelly, Christie's chief of staff, and David Wildstein, a Christie appointee at the Port Authority -- the agency in charge of the bridge, which connects New Jersey and New York. One email from Kelly reads: "Time for some traffic problems in Fort Lee." Wildstein replied: "Got it."

About a month later, some 80,000 drivers who access the bridge by traveling through Fort Lee, N.J., found themselves sitting, stuck in miles of traffic with two of the three lanes approaching the bridge closed. The backup tied up emergency vehicles responding to calls and kids were late headed to their first day of school.

"To learn people were put in harm's way because of something that I apparently didn't do -- I cannot begin to tell you how troubling that is to me," said Fort Lee Mayor Mark Sokolich.

In the messages, Sokolich was derided as an "idiot" and the "little Serbian," though he is Croation. Unnamed officials texting about the traffic snarls, seemed pleased. One person texted: "Is it wrong that I am smiling?" Another one texted: "I feel badly about the kids. I guess."

"They are the children of Buono voters," came the response, an apparent reference to Barbara Buono, who Christie soundly defeated in November.

In December, Christie denied his administration was involved.

"I've made it really clear to everybody on my senior staff that if anyone had any knowledge about this that they needed to come forward to me and tell me about it and they all assured me that they don't," he said then.

But on Wednesday, Christie, who has not been directly implicated in the correspondence, said he had been misled.

"This completely inappropriate and unsanctioned conduct was made without my knowledge," he said in a statement. "People will be held responsible for their actions."

Dickerson said Christie will face some tough questions on how this could have happened and how it could be that he did not know about it. His aides are asking the same thing right now, Dickerson said.

"The first thing they have to do is make sure there is no connection to him."

To survive the scandal, Christie, who political insiders say could be a leading candidate for the GOP in the 2016 presidential race, will  have to face it head on, Dickerson said. "Chris Christie has styled himself as a truth-teller, a person who faces tough realities. And so, if he is going to run for president, that is the theme he will strike."

In December, with the so-called “bridgegate” scandal growing, Wildstein resigned from the Port Authority. The Democrat-controlled state assembly has subpoenaed Wildstein to testify later Wednesday about the texts and emails.

Stacey Abrams: We helped change "trajectory of the nation"