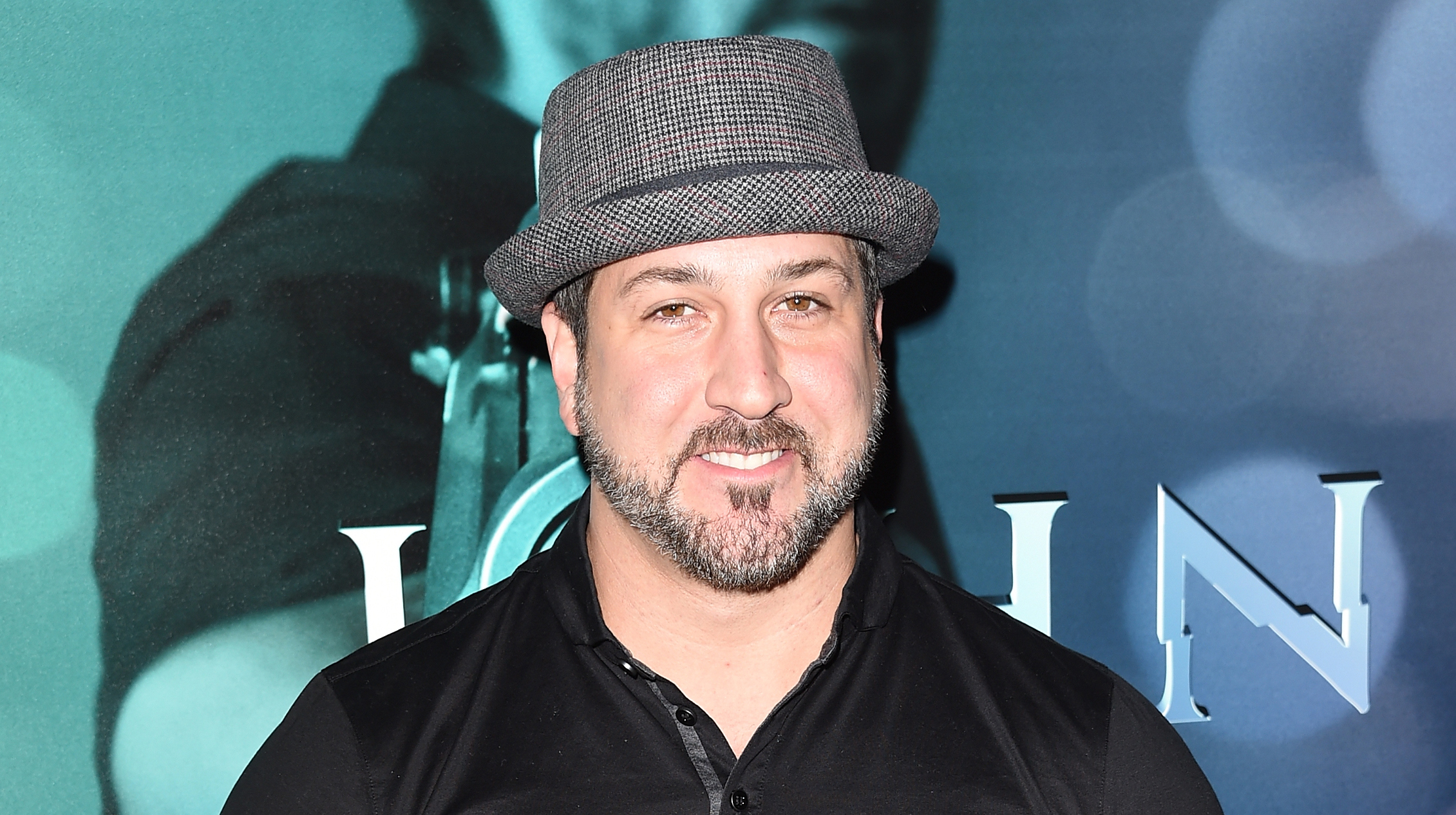 Today Joey Fatone gets recognized for a variety of things -- not just for his boy band days.

There are the people who were introduced to the singer during his first stint on "Dancing with the Stars" in 2007 when he finished in second place. Others know him because of his current hosting gigs on Live Well Network's "My Family Recipe Rocks" and the Food Network's "Rewrapped."

"It's always interesting to see where people know me from, or where they've seen me," Fatone told CBS News. "You get people who are like, 'Hey, you were in a group a called *NSYNC!' And younger kids are like, 'What's that?' Or -- 'He did an episode of 'Hannah Montana.' And they're like, 'Oh wow!' And then even younger kids now are like, 'I still don't know who he is.' And they're like, 'He's on a show on the Hub Network called 'Parents Just Don't Understand.'"

Needless to say, since *NSYNC went on hiatus in 2002, Fatone has had a pretty packed schedule, serving as announcer on "Family Feud" and as host of "The Singing Bee."

"I think people can relate to me. I think people saw my personality back in the day when I did stuff like 'Dancing with the Stars.' And that's what led to hosting and other things....I'm kind of like the guy next door," said Fatone. "I keep things simple...What you see is what you get."

"I'm always looking to have fun. I'm always traveling. I'm always staying at hotels. So I think it's a great fit," Fatone said about his decision to get involved. "The tactic is to hit people low. Not too high. You don't want to knock them out...Just to get them enough to move around a little bit...I had many pillow fights with my kids, but not to this extent."

Fatone is father to two daughters: 13-year-old Brianna and 4-year-old Kloey. During our phone interview he was at home watching Kloey. He paused for a brief moment and said, "This is a parenting thing you have to do right now" before asking his daughter to steer clear of a big puddle "because your socks are going to get wet."

Kind of a great example of that "guy next door."

When asked what keeps them together after so many years, Fatone joked, "Traveling!"

"When *NSYNC took a break and I stayed home, she was like 'Can you get out and go get a job and go do something? I feel like you're on top of me. Go do something!'" he said.

Speaking of anniversaries, *NSYNC has one coming up next year. "*NSYNC is going to be almost 20 years coming up, which is pretty crazy...It's so ridiculous to see how fast time flies," he said.

"It's like we're brothers. I keep in contact with all the guys. I was just at a friend of ours' wedding in Orlando with J.C. and Chris two weekends ago, so we hung out there," said Fatone. "It's great as far as everybody doing their own thing. Everybody's getting married and stuff now. J.C. is the only one -- he's the only who's not married. I don't know if that's going to happen yet. "

Fatone, though, will be at another wedding soon. He's attending Bass' upcoming nuptials to Michael Turchin, which will be filmed for a TV special set to air in 2015.

"Lance is excited about getting married and everything," said Fatone.

Weddings aside, *NSYNC has hardly performed since taking that break many years ago -- though all five members teamed up at the 2013 MTV Video Music Awards to celebrate Timberlarke's Vanguard Award.

When asked what it would take to get *NSYNC together onstage again, Fatone said, "I don't know. It's all about timing. Just like anything and everything that I think we do individually or as a group, it's all about timing now. Being a dad and traveling around a lot -- you kind of juggle and figure out what to do and still spend time with your family."

"They basically poke and prod and make fun of every *NSYNC, 'Joey Fat-One' thing you can possibly imagine. It's very funny. You have to make fun of yourself. You have to joke around," he said. "You can't take yourself too seriously."