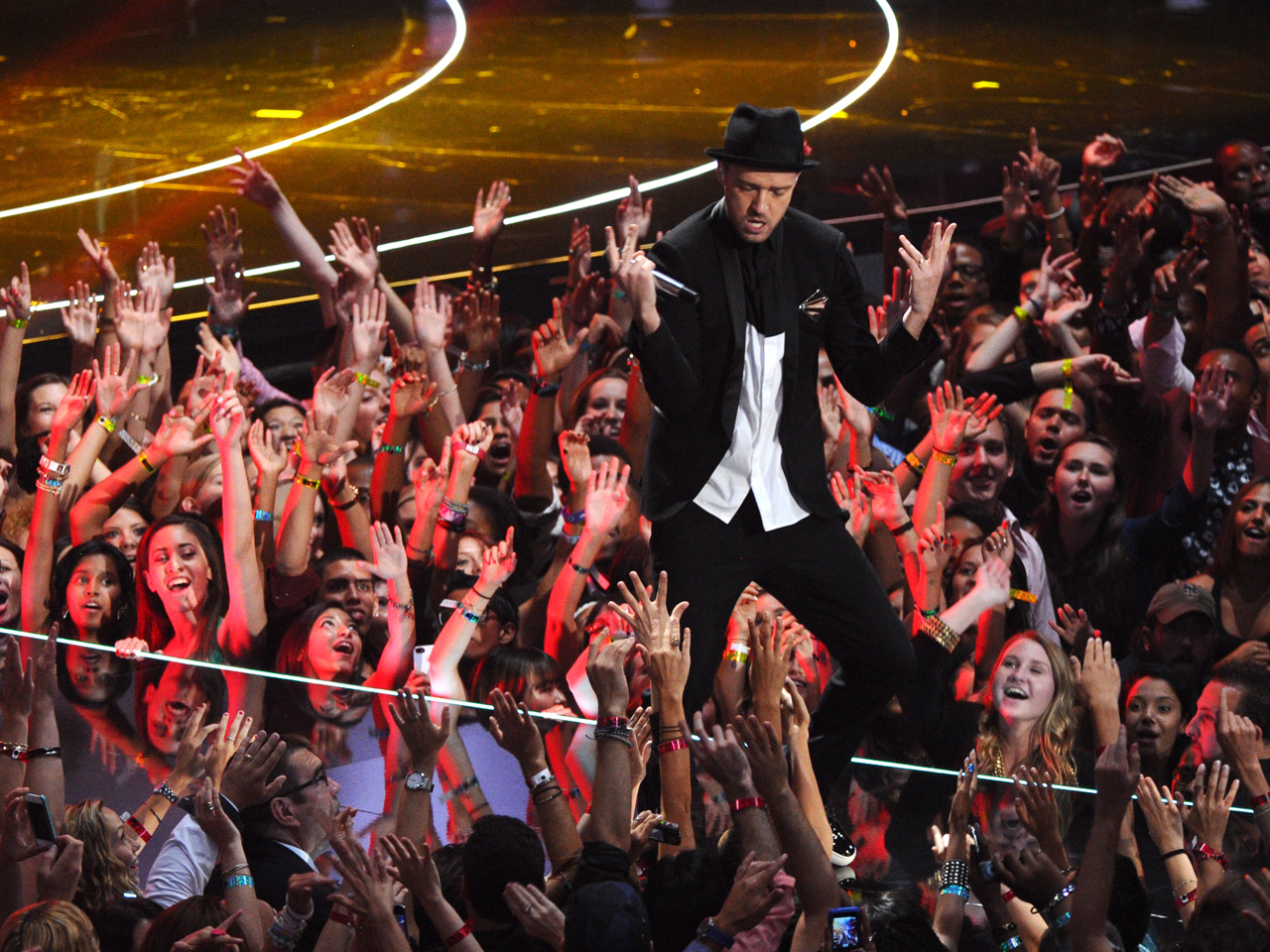 Justin Timberlake won video of the year at Sunday's MTV Video Music Awards, capping off a night full of memorable moments for the singer.

The 32-year-old entertainer won the top honor for "Mirrors" on the same night he reunited briefly with *NSYNC and received the Michael Jackson Vanguard Video Award on Sunday as the awards debuted at the Barclays Center in Brooklyn, N.Y.

Timberlake's performance and the *NSYNC reunion took over the awards ceremony, wrestling the spotlight away from a rehabilitated Lady Gaga, an X-rated Miley Cyrus and a vengeful Taylor Swift with a medley of hits and the reunion of his former boy band.

Dressed in a black suit and black hat with a red feather, Timberlake powered through a breathless series of solo hits before the other four members of *NSYNC -- JC Chasez, Chris Kirkpatrick, Joey Fatone, and Lance Bass -- joined him on stage for a brief rendition of "Girlfriend" and "Bye Bye Bye."

Timberlake -- the night's top nominee, tied with Macklemore & Ryan Lewis -- also was given the Vanguard Award by Jimmy Fallon, who hailed his pal as the "president of pop."

"I don't deserve the award, but I'm not going to give it back," Timberlake said. "I'm taking this home."

Up until then, the ladies of pop music dominated as Cyrus became the rare artist to upstage Lady Gaga. But Swift managed to take the spotlight from both after appearing to utter an expletive when One Direction and rumored former love interest Harry Styles appeared at Sunday night's award show -- a moment that lit up Twitter and was memorialized immediately in a GIF online.

She also thanked a former beau for helping her win another moonman trophy for "I Knew You Were Trouble" in the best female video category.

"I also want to thank the person who inspired this song, who knows exactly who he is, because I got one of these," Swift said. "Thank you so much!"

Gaga changed costumes four times as she performed "Applause," the first single off her upcoming album, "ARTPOP." It was a predictably unpredictable appearance for Gaga, who seemed to pump in boos over the over the sound system as she opened the song in a white nun's habit and square headdress. By the time she finished the song, she was surrounded by unitard-clad male dancers and wearing a thong bikini decorated in shells and a long blonde wig.

Cyrus immediately kicked things up well beyond provocative, appearing onstage with a multitude of dancing teddy bears in a bodysuit adorned with a cartoon character as she sang "We Can't Stop." She twerked, changed into a nude bikini, ran a fan's foam finger along her privates as Robin Thicke appeared on stage to perform "Blurred Lines," then gave the singer a lap dance.

"Miley better go get a pregnancy test after all that grinding," Kevin Hart (who hosted last year's VMAs) joked afterward.

Gaga and Cyrus were just the first of a cavalcade of music's top stars playing at the Barclays Center, where the awards show was held for the first time.

Kanye West continued his stark portrayal of new music from his album "Yeezus," performing "Blood on the Leaves" with its controversial Nina Simone "Strange Fruit" sample in silhouette in front of a black and white picture of a tree. Bruno Mars and Drake also took to the stage for performances, and Katy Perry ended the night with her new single, "Roar," performed near the Brooklyn Bridge.