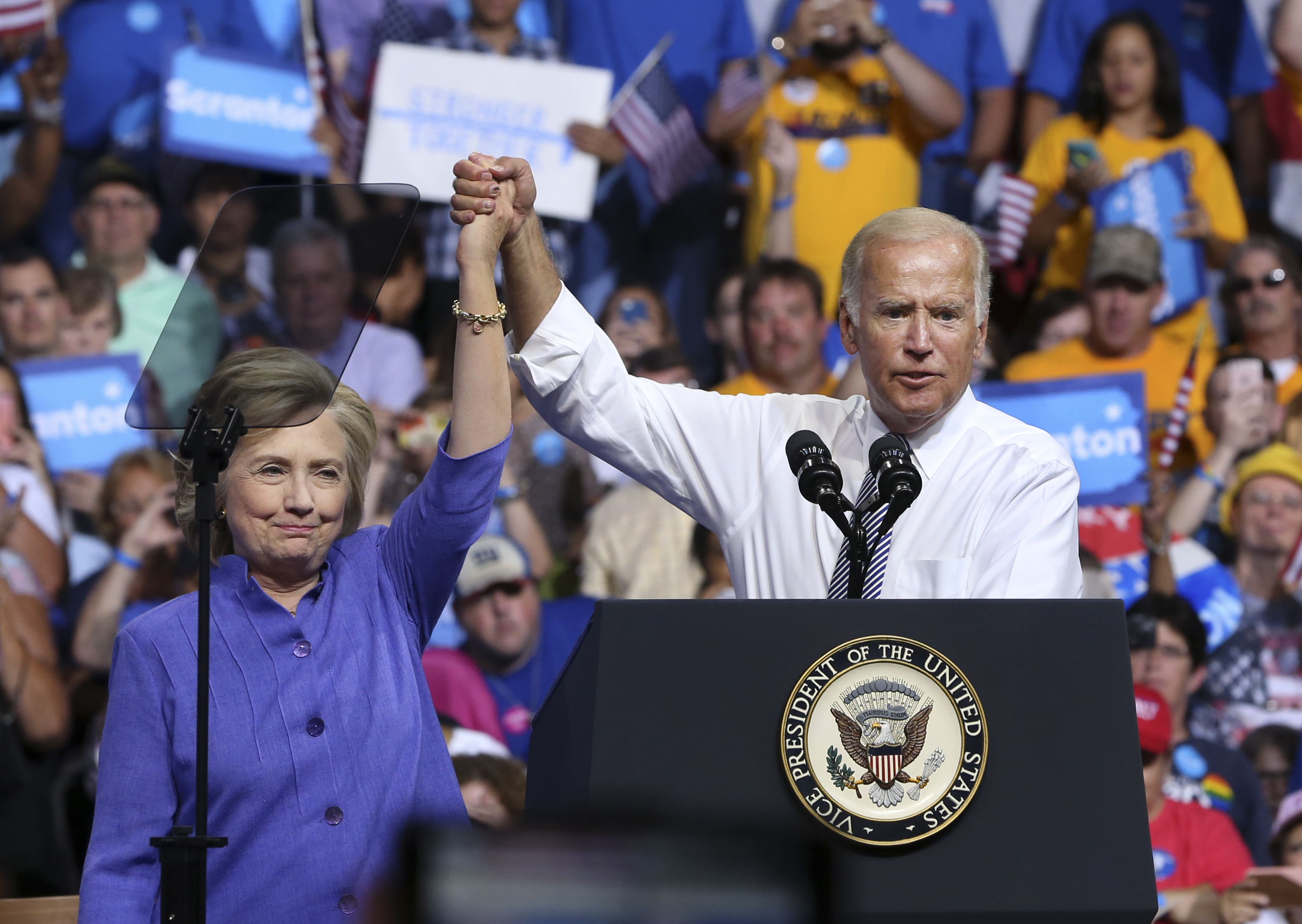 “We lost because of awful lot of hard-working Americans who live in areas where we did not pay much attention to,” he said at a reception celebrating a Hindu festival. “Barack Obama won these people. They are not racist. They did not vote for the Democrats this time.”

Globalization, Biden said, has fundamentally altered the economic outlook for these voters -- especially blue-collar white American men -- who are feeling left behind by the political process.

“For the first time in recent memory, this is one section of American population where the life expectancy has gone down,” he added. “It is white American men between the age of 40 and 55. They have the highest suicide rate in America. Because they do not know how to deal with this new incredible change that is taking place in the world.”

The vice president’s assessment came after he had spent part of the day with his successor, Vice President-elect Mike Pence. Despite campaigning heavily against the Trump-Pence ticket, Biden and his wife, Jill, warmly welcomed Pence and his wife, whom the vice president described as “really fine people.”

But that didn’t stop him from later bringing up the unpopularity of the top of the GOP ticket -- and he acknowledged Hillary Clinton’s unpopularity.

Biden concluded his speech on a high note, exhorting his audience to take heart.

“I do not care what your political affiliation is, we have to not give up,” he declared. “One election will not change American.”