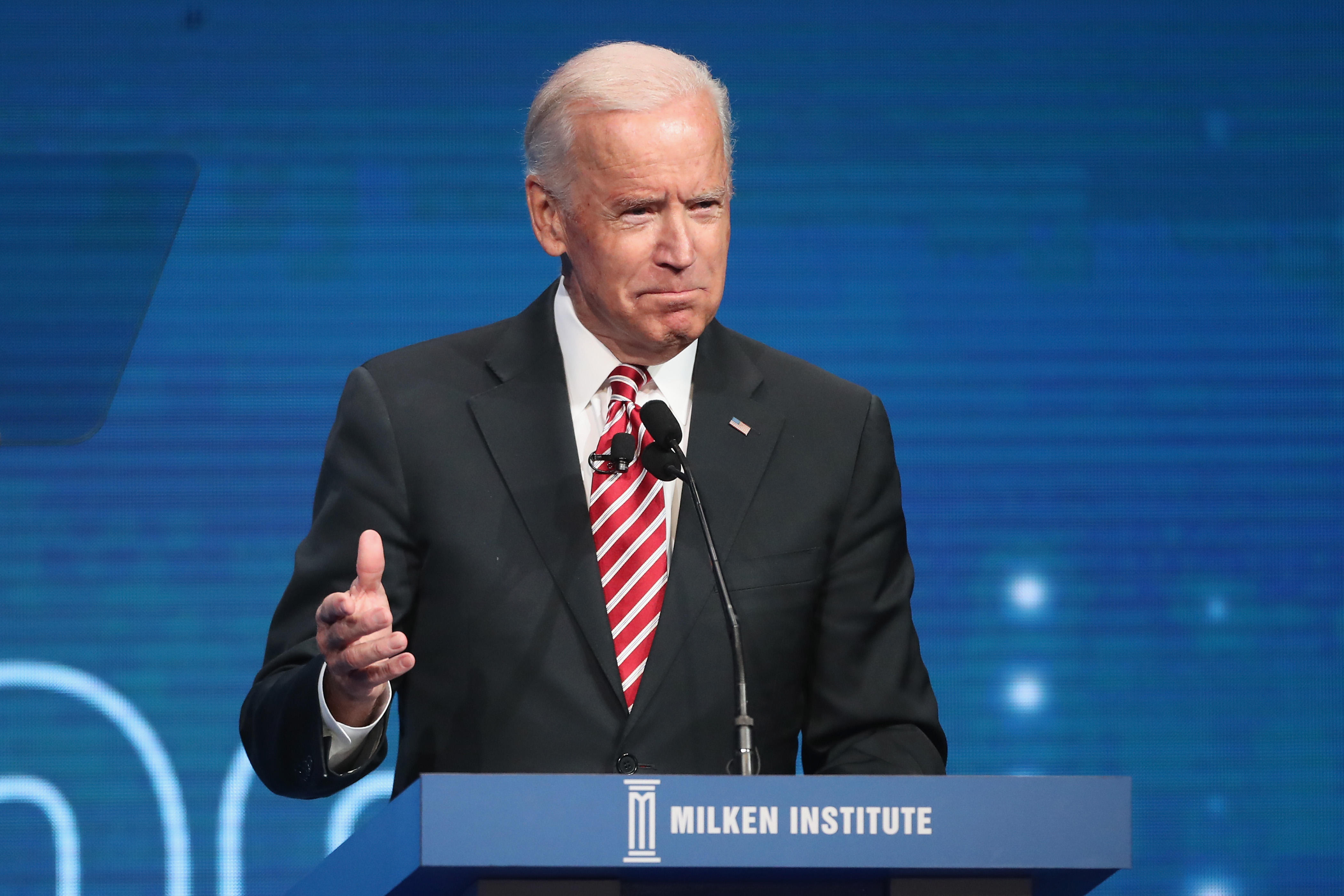 Vice President Joe Biden blasted what he called "the prostitution of the Second Amendment" by gun rights activists at the University of Pennsylvania on Thursday. He made the remarks while participating in wide-ranging discussion with the university's president, Amy Gutmann.

"I think the Second Amendment is being badly interpreted, it's not consistent with what our founders intended," said Biden when discussing gun policy. He added, "What's happened here is the nation as a whole has decided it can no longer, in my view, continue to turn a blind eye to the prostitution of the Second Amendment here and can no longer turn a blind eye to the enormous damage being done not just in our schools but on our streets."

Biden hailed the work of young activists who led the "March For Our Lives" rally in Washington and across the country. He said the students of Parkland, Florida have forced an "awful lot of elected officials" to "rip the bandaid off" of where they stand on gun-related issues.

Biden, when discussing the impact of mass shootings on families, said he has given his personal phone number to "at least 75 parents" who have lost their children to acts of gun violence.

"I know what it's like to lose a child," he said. Biden's son, Delaware Attorney General Beau Biden, died of cancer in 2015.

Meanwhile, Biden urged young people to turn out and vote in the upcoming election. He slammed millennials as being "really lousy" in terms of participating in politics.

"The percentage of vote between the ages of 18 and 24 is abysmal. It makes me angry to tell you the truth, because you can change it," he said. Biden suggested that by increasing just 10 percent the number of young people who registered and voted, "everything would be different."

"You have no excuse, there's no place to hide," he added. "You deserve exactly what you get if you don't vote."