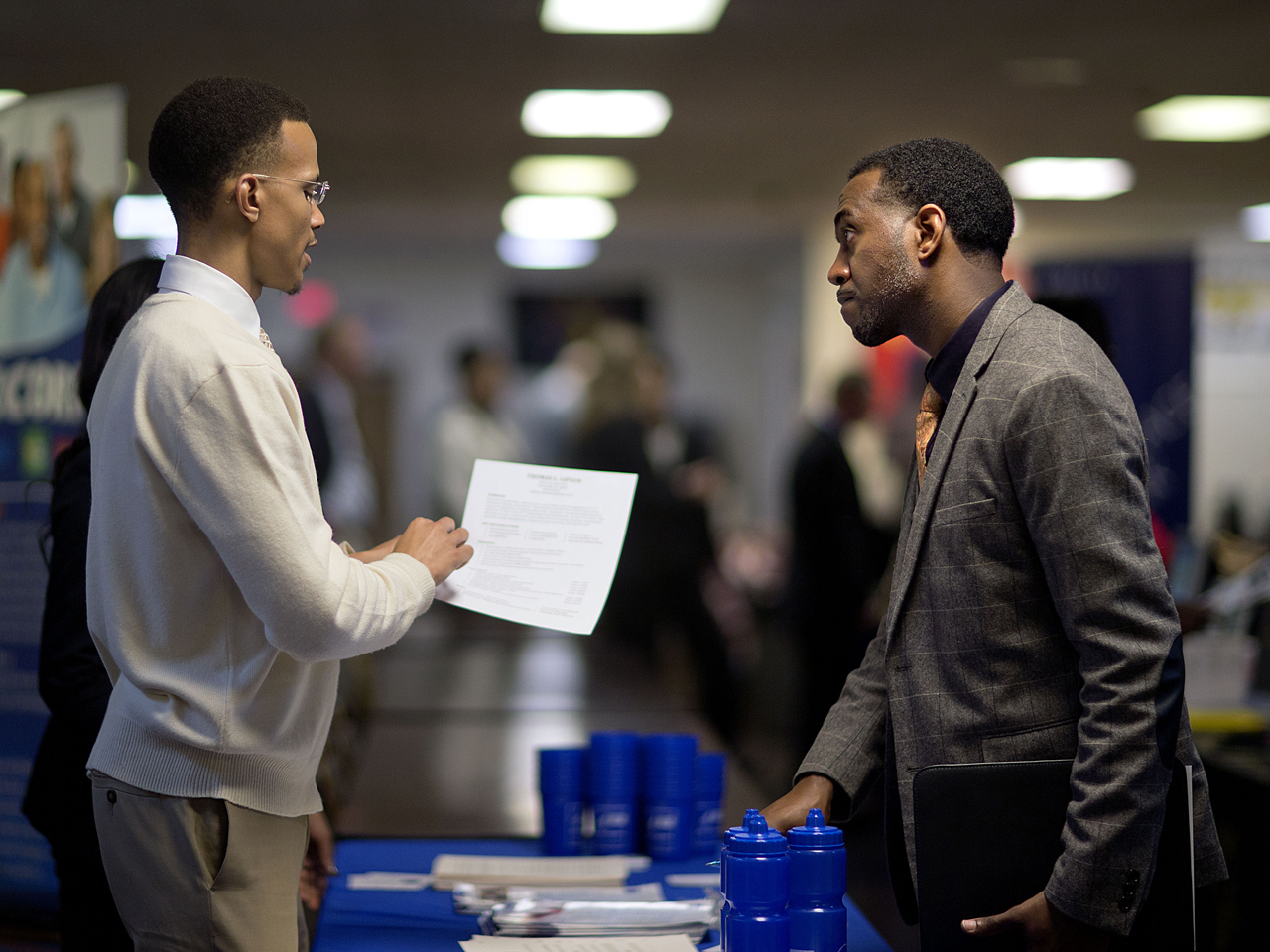 The U.S. economy added a healthy 203,000 jobs in November, topping the previous month's total and keeping the labor market on course for a slow but steady recovery.

The nation's jobless rate fell to a five-year-low of 7 percent, from 7.3 percent the previous month, according to the U.S. Labor Department. Industries that saw payroll gains include business services, which gained 35,000 jobs in November, transportation and warehousing (31,000), health care (28,000), manufacturing (27,000), retail (22,000), and construction (17,000). The federal government continued to shed jobs.

The latest job numbers are modestly stronger than expected, with forecasters having projected payrolls to rise in November by 185,000. Job-creation has been spotty this year, with monthly gains ranging from a high of 332,000 in February to as low as 89,000 in July. The Labor Department revised October job gains downward to 200,000, from an initial estimate of 204,000.

"The trend in payrolls continues to be more than strong enough to keep the unemployment rate trending down," said Jim O'Sullivan, chief U.S. economist with High Frequency Economics, in a research note.

The main obstacle to more consistently vigorous job growth this year has been tepid domestic demand, which has discouraged businesses from hiring. But job gains have strengthened in the second half of 2013, rising from an average of 159,000 jobs in the April-to-July period to 204,000 from August through November.

Two straight months of solid job-creation, especially in higher-paying sectors like manufacturing and construction, suggests the recovery is picking up. It is also likely to spur expectations that the Federal Reserve will soon start to scale back its $85 billion-a-month bond purchase program, which it launched five years ago to support the ailing economy.

Fiscal policy and political brinkmanship haven't helped. Government spending cuts ordered by Congress and a hike in payroll taxes have reduced growth, according to the Congressional Budget Office and private forecasters. The 16-day government shutdown in October, a result of partisan conflict in Washington, worsened matters, sapping consumer confidence and slicing an estimated 0.5 percent off GDP for the year.

The government's official jobless rate, while gradually inching down from 7.9 percent in January, also understates the number of people around the country who remain unemployed or who are working fewer hours than they would like. The share of long-term unemployed is rising.

Meanwhile, with nearly 11 million Americans still out of work, employers are under little pressure to boost wages. Stagnant pay could dent consumer spending, which has kept the economy trudging forward since the recession officially ended in June of 2009. Researchers with the Federal Reserve Bank of Cleveland recently estimated that unemployment would not fall to 6.5 percent until 2015.

Even with the slow recovery, however, the economy has proved resilient. GDP between July and September grew an annualized 3.6 percent, faster than initially estimated. Consumers have continued spending at a decent clip. Key economic sectors, such as housing and energy, continue to rebound. Corporate profits are at all-time highs. And companies, while not greatly expanding their payrolls, have at least eased back on layoffs.

These factors have led most experts to predict a significant pick-up in growth in 2014.

"With less fiscal drag, a better global economy, continued gains in consumer spending, a pickup in business investment and the ongoing recovery in the housing market, growth in 2014 will be around 2.5 percent, noticeably stronger than the 1.7 percent pace this year," said Gus Faucher, senior economist with PNC Financial Services Group, in a note to clients ahead of the latest job numbers.

Investors seeking to chart the course of the economy take a different view of the latest job numbers. Faster job growth and other signs that the recovery is gaining speed have tended to weigh on stocks. The reason: The sooner the economy can stand on its own, the sooner the Fed will withdraw the monetary stimulus that has helped the U.S. limp forward for the last five years.

As a result, stocks have declined this week and U.S. Treasury yields continued to climb after the release of manufacturing and other data pointing to stronger economic growth. Ian Shepherdson, chief economist with Pantheon Macroeconomics, thinks Fed policy-makers who fear that the central bank's bond purchases could trigger inflation will seize on the improved job picture to buttress their case for reducing stimulus.

Letting some air out of financial markets might not be a bad idea, some analysts think. Despite the subpar economic growth this year, stocks last month hit record highs, spurring talk among investors of a possible correction.

"The only real problem is that we have nothing to fear other than there's nothing to fear," said Ed Yardeni, president and chief investment strategist for institutional investor advisory Yardeni Research. "It's hard to come up with anything to worry about other than everyone is bullish.