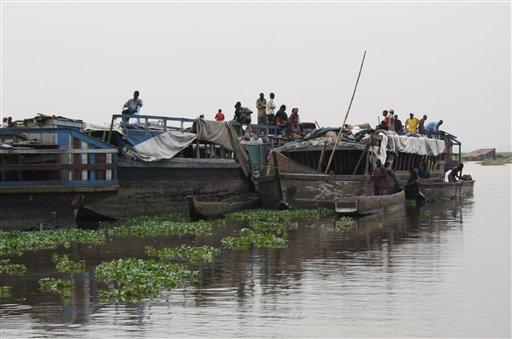 The neighbor who found Joan Bennett Kennedy lying on a sidewalk this week said she had no idea the woman she helped was a member of one of America's best-known families.

It remained unclear exactly what happened to Kennedy, who has battled alcoholism for years. There was an ambulance call record but no police report on the incident and family members have declined to give any details.

Constance Bacon, 35, who lives in the affluent neighborhood where Kennedy has a condominium, said she was returning home Monday evening when she saw a well-dressed woman sprawled on the sidewalk in the rain. There was a cut on her head.

"She said she was OK, but she didn't look OK," Bacon told The Boston Globe. There was no indication Kennedy had been drinking, Bacon said.

Bacon helped her to her feet, called Emergency Medical Services and held her umbrella over Kennedy until an ambulance arrived five minutes later. Bacon said she didn't know who Kennedy was until a television crew came to her home Wednesday.

Kennedy's son Rep. Patrick Kennedy earlier told the Boston Herald his mother was taken to the hospital at 3 a.m. Tuesday, but EMS records show an ambulance was dispatched at 5:20 p.m. Monday, around when Bacon recalled finding Kennedy. The congressman's office did not immediately return a phone call Thursday seeking comment on the discrepancy.

Kennedy, who splits her time between a home on Cape Cod and the Back Bay condo, has been through several rehabilitation programs following a series of arrests for drunken driving.

Her three children - Kara Kennedy Allen, 45, Edward M. Kennedy, Jr., 44, and Patrick Kennedy, 37 - recently took temporary guardianship of their mother to ensure she receives treatment for her alcoholism. His chief of staff, Sean Richardson, said Kennedy and his siblings will return to court in the coming months to renew the temporary guardianship.

Patrick Kennedy, who represents a district in Rhode Island, announced Wednesday that he has decided not to run for Senate in 2006. His announcement did not mention his family responsibilities as a reason for his decision. But he expressed gratitude for an "outpouring of support for my mother" and asked for privacy.

Sen. Kennedy said Wednesday he's proud of his children for their loyalty to his ex-wife, adding, "this had been a sad time." The couple divorced in 1982.