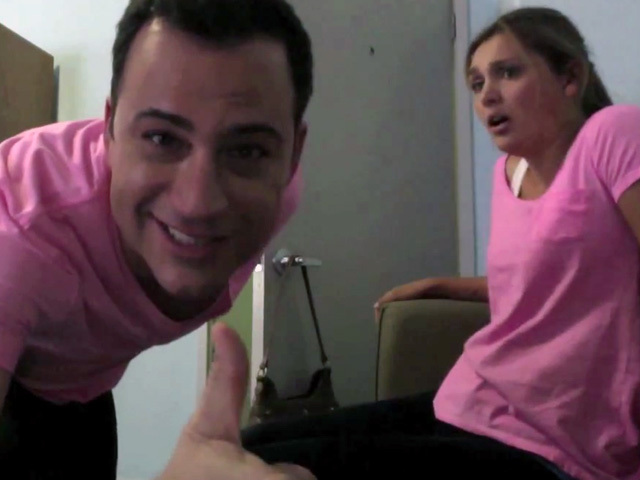 Not since the "balloon boy" have so many been fooled by a hoax.

It all started when a video posted to YouTube titled "Worst Twerk Fail Ever-Girl Catches Fire!" quickly went viral last week. In the 36-second clip, a young woman unintentionally sets herself aflame while twerking in her living room.

The video became an instant hit, scoring more than 9 million views on YouTube. Numerous TV news outlets and talk shows aired the video, although some wondered if the whole "accident" had actually been staged.

On Monday night, the skeptics were proven right.

The woman who caught fire in the video, named "Caitlin," made an appearance on "Jimmy Kimmel Live" to discuss the viral clip. At first, it seemed she was speaking to the late night host via satellite from Kansas City, Mo., until Kimmel revealed that "Caitlin" was actually inside the Hollywood studio.

Kimmelthen aired an unseen portion of the fire video, where he can be seen sporting the same pink shirt as "Caitlin" while extinguishing her burning clothes.

"To the conspiracy theorists who thought the video was fake, you were right, it was fake," Kimmel said. "I'm also the guy who bit Charlie's finger by the way."

Tell us: Were you initially fooled by the "Worst Twerk Fail Ever" video?