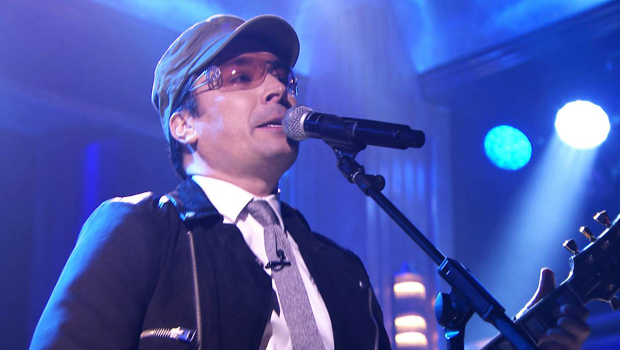 When U2 was forced to cancel its weeklong stint on the late-night program after Bono injured his arm in a cycling accident, Fallon took over with a little help from his house band, The Roots.

After pulling on some shades, a leather jacket and Bono's signature cap, Fallon joined the roots for a performance of "Desire" from the band's 1988 album, "Rattle and Hum."

Fallon did a pretty good impersonation of the rocker, including replicating some of his on-stage poses. There was a harmonica solo involved, too.

Watch him and the band rock out below: