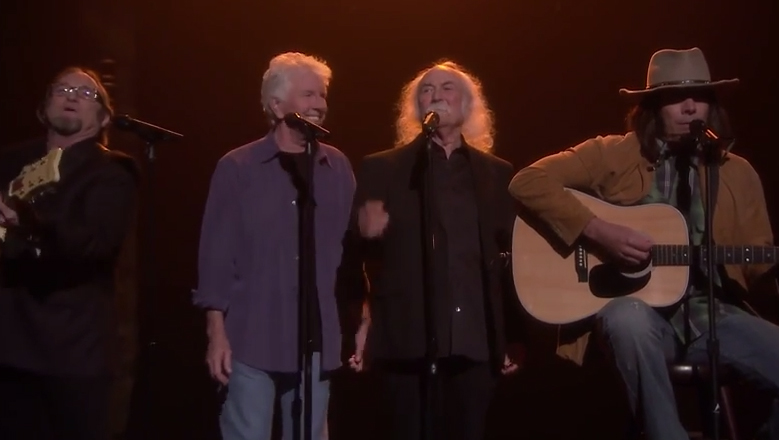 Crosby, Stills and Nash got "Fancy" on "The Tonight Show with Jimmy Fallon" Monday night.

David Crosby, Stephen Stills and Graham Nash lent their harmonies to a rendition of the Iggy Azalea summer hit. Fallon accompanied the trio doing his best Neil Young. So it was almost like a CSN&Y reunion. Almost.

Fallon is known for getting his guests to play along with renditions of popular songs. He's successfully done it with Bruce Springsteen with "Sexy and I Know It" and "Whip My Hair."