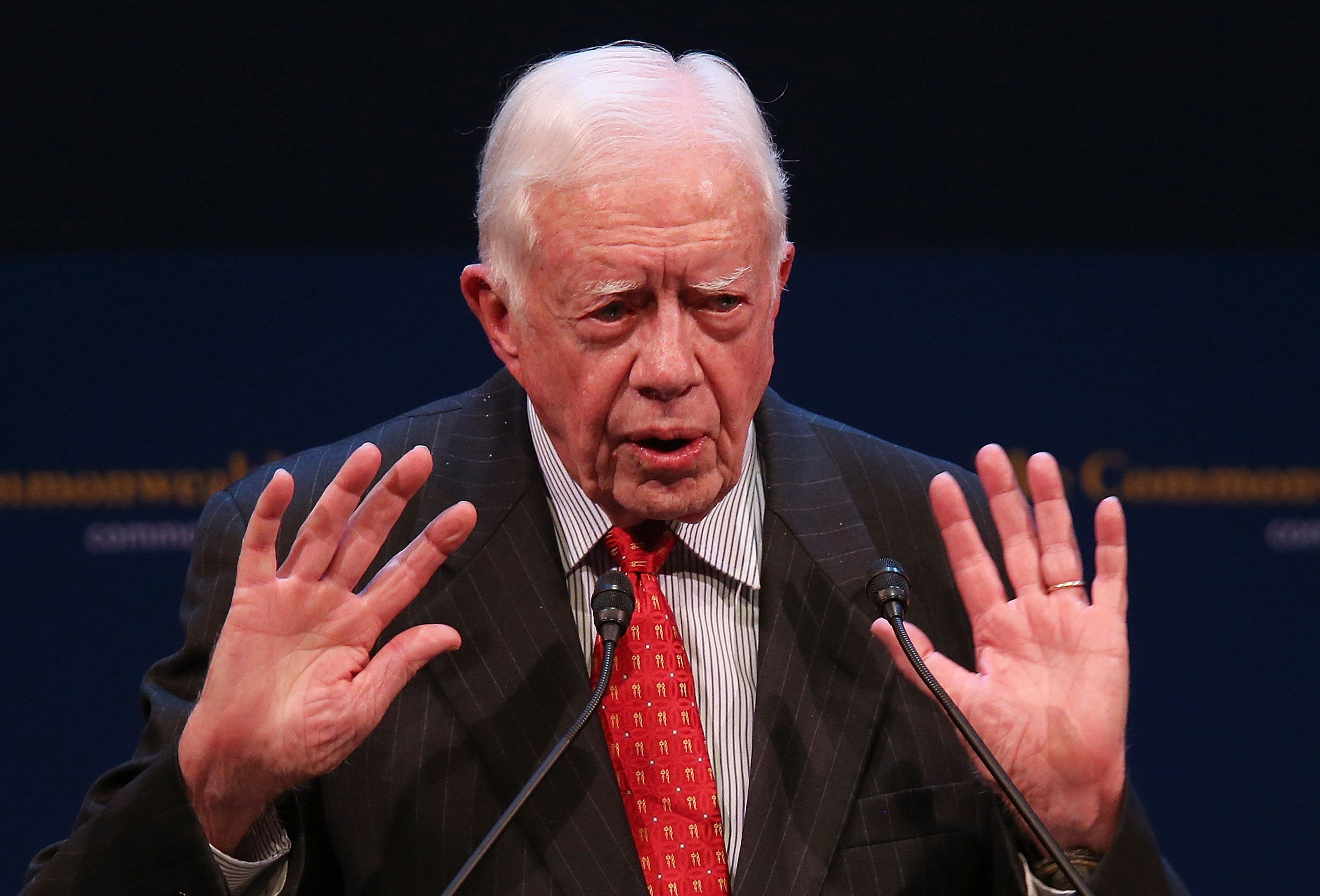 ATLANTA -- Former President Jimmy Carter is expected to make a full recovery after having an operation Monday to remove a small mass in his liver, according to a spokeswoman.

Carter Center spokeswoman Deanna Congileo called the procedure "elective" in a statement released Monday afternoon. She says the operation was completed without any issues and Mr. Carter's "prognosis is excellent for a full recovery."

He had the procedure at Emory University Hospital in Atlanta, reports CBS Atlalnta affiliate WGCL-TV.

In response to an email from The Associated Press asking how the mass was detected, what symptoms Mr. Carter had displayed, what follow-up care he will receive and what is known about the mass, Congileo said no further details would be provided.

After leaving the White House, Mr. Carter founded the center in Atlanta in 1982 to promote health care, democracy and other issues globally.

He has remained active for the center in recent years by making public appearances and traveling overseas, including a May election observation visit to Guyana cut short because he developed a bad cold.

Mr. Carter completed a book tour Saturday promoting his latest work, "A Full Life: Reflections at 90," according to Julia Prosser with the publisher Simon & Schuster. He has written more than 20 books since leaving office. (CBSNews.com and Simon & Schuster are both part of the CBS Corporation)

The native of Plains, Georgia, is also a former Georgia governor.