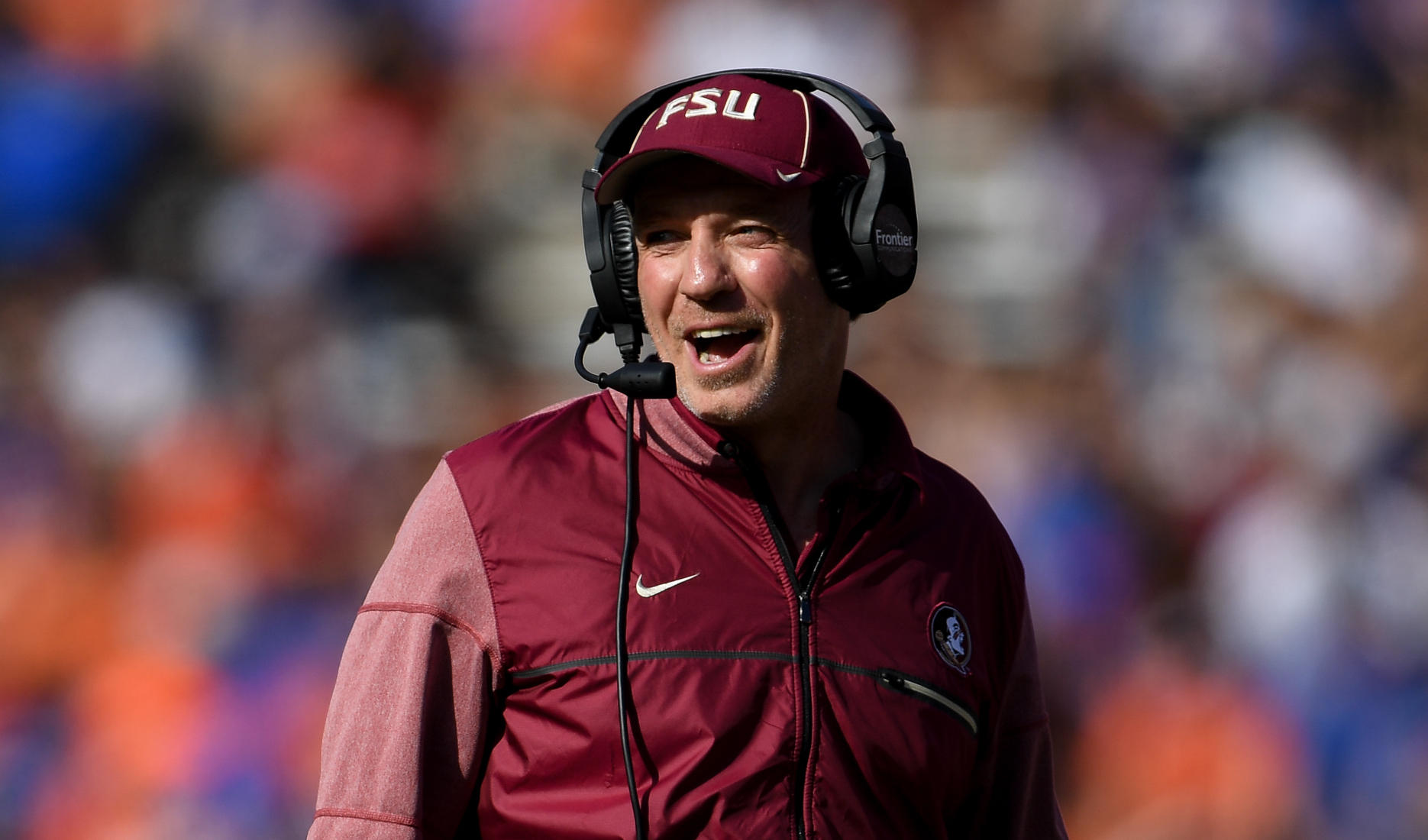 The 52-year-old will leave Florida State prior to Saturday's regular season finale with University of Louisiana at Monroe (ULM) after eight seasons with the Seminoles.

"Today, Jimbo Fisher informed me he has accepted an offer to become the next head football coach at Texas A&M University," Florida State president John Thrasher said in a statement. "Coach Fisher did an exceptional job as both an assistant coach at FSU and in the challenging role of successor to the legendary Bobby Bowden. I believe Texas A&M is getting one of the best coaches in college football."

Assistant coach Odell Haggins will serve as FSU's interim coach for the final game of the season.

"We are extremely pleased by the quality of individuals who have already expressed interest in being the head coach at Florida State University," FSU athletic director Stan Wilcox said. "I am confident we will fill the position very soon."

Fisher took over for legend Bobby Bowden prior to the 2010 season after spending three seasons with the program as offensive coordinator and coach-in-waiting. He won three straight Atlantic Coast Conference (ACC) championships from 2012-14 and topped Auburn in the BCS National Championship Game following the 2013 season.

It's the first time in 40 years that a coach leaves the school where he won a national title for another NCAA Division I Football Bowl Subdivision program when Johnny Majors left Pittsburgh for Tennessee. This also marks the first time since the 1959-60 season that both Florida and Florida State will enter a season with a new coach after the Gators fired Jim McElwain earlier in the 2017 season.

Texas A&M will get a significant upgrade at head coach with a proven winner. The Aggies have invested heavily in new facilities and renovating Kyle Field in recent years, but haven't finished better than .500 in SEC play since their first year in the conference -- which was also Kevin Sumlin's first season -- in 2012. Sumlin was fired this past week after posting a 7-5 record. Sumlin 51-26 in six seasons with A&M.